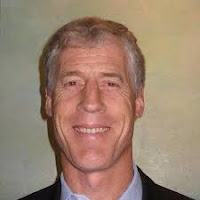 For this blog, I contacted three large pharmaceutical companies and two agreed to speak about how they view antibiotic research and development in light of real and potential incentives. This week, I will discuss my conversation with Patrick Holmes, Head, International Policy, Pfizer Global Policy and International Public Affairs. I have an interview with the second company scheduled for the end of this month and I will attempt to contact other companies as well.

As you probably know, Pfizer recently put their toes back in the antibiotics arena by purchasing the Astrazeneca assets.  They therefore currently market ceftazidime-avibactam and ceftaroline outside of North America. Mr. Holmes explained that Pfizer looks on antibiotics and incentives like they would any portfolio review project. For those of you uninitiated in this, the executives and others compare risks and time to success across all therapeutic areas that compete for resources within the company to choose the most promising projects for funding. One key consideration in the analysis is time.  Companies, including Wyeth when I was there, often apply a discount for the increase in costs that the company expects to incur over the years of the project including during years of marketing. This factor includes increases in inflation as well as increases in costs of research and development, marketing, capital expenses, and, of course, returns to shareholders. Generally speaking, an industry cost of capital of  is about 10% per year (similar to Wyeth’s) (inflation by itself, even in health care, has recently hovered around 3%). This means that without any other factor, by the end of 10 years, no project will provide a return on today’s investment. Therefore, it is nonsense to apply this to any preclinical project like, say, antibiotic discovery research, since that timeline is 10-15 years before there will be a product.

In addition to the overwhelming discount of increasing company costs is the discount assigned to risk of failure or, better, probability of success.  When you assume that only 10-20% of projects entering phase I will succeed in getting to the marketplace, anything prior to that such as discovery research projects again seem overwhelmingly risky. What does this mean for Pfizer? In their model, according to Mr. Holmes, antibiotic discovery research can only be supported with very substantial pull and push incentives. As I thought about this, I realized that, in fact, the time required for discovery research for antibiotics is no different than would be true for any other therapeutic area. Pfizer may simply view the scientific risk of antibiotic research to be prohibitively high. I believe that is what Pfizer has concluded.

On the other hand, the good news is that in the presence of a pull incentive, and perhaps with additional push incentives, antibiotics at a phase 3 or later stage of development look promising to Pfizer.  In other words, Pfizer is still an opportunistic antibiotic supporter. But the pull incentive has to be the right one.  Which one is that?  According to Mr. Holmes, their preferred pull incentive is the transferable exclusivity voucher where they would gain an increased time of exclusivity to market a drug from their portfolio of their choice. There are many reasons why this would be their preference, but a big one is that the reward could be much higher than the $800 million to $2 billion that has been discussed by DRIVE-AB and others. Pfizer would not be in favor of guardrails that would be too limiting in this regard although we did not get into the specifics of what Pfizer’s limits would be here. We did not discuss details of the hybrid market entry rewards or the insurance models that have also been proposed.  But Pfizer’s preference is clear and it fits with my own oft-stated views.

I am disappointed with Pfizer’s view of antibiotic discovery research as I am sure many of you will be as well. But their view is an understandable one.  Let biotech (or rarely academia) and their funders take the risks. This will mean that push incentives will more likely flow to biotech. If the resulting product is appropriate, Pfizer will reward them and, Pfizer hopes, themselves. In this way, pull incentives could actually have a trickle-down effect. Pfizer’s approach should therefore be encouraging to biotech investors.

What about those PhRMA companies that have abandoned antibiotics research?  Of course, two of them have come back into the fold – Roche and Sanofi. But have the likes of Lilly, Abbott and Bristol-Myers-Squibb reconsidered antibiotic research in the light of push and pull incentives? Lets try and find out! If anyone has contacts in public policy departments at these companies, please let me know.