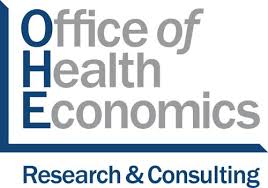 The Office of Health Economics just released a report on incentives to stimulate antibiotic research and development( I was unable to connect to their website to provide you a link to the report - but you may have better luck at ohe.org).  They focused on pull incentives in particular, and they focused on what would work in Europe while noting that the European contribution to any incentive should align with Europe’s contribution to the antibiotic marketplace in general. The report is very well done and well considered.  I recommend a careful read of this work.

At the same time, John Shimkus (R-IL) and Gene Green (D-TX) have introduced legislation in the House of Representatives 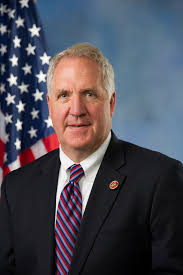 Sub-Committee on Energy Commerce and Health that proposes a 1 year transferable exclusivity extension as a pull incentive for antibiotic research and development. This is an idea that first came up in the Infectious Diseases Society’s original Bad Bugs No Drugs White Paper in 2004 and the IDSA still supports the idea today.  In this plan, a company the successfully achieve approval of a needed new antibiotic would receive an extension of their exclusivity (one year in this case) for a product of their choice. This could either be used by the company bringing the antibiotic forward or sold to another company.

Back in 2004, those of us working on the IDSA white paper were convinced that this would work as an incentive.  Investors also indicated they supported it. The idea was declared DOA in congress because of fears that it would raise drug prices and delay the entry of cheaper generic drugs to the marketplace.  According to Barret Thornhill of the Antimicrobial Innovation Alliance, the Democrats are once again digging in their heels with the same objections.  But look, Democrats (I’m one of you, by the way), someone will have to pay for a pull incentive somehow.  The choice is direct taxpayer dollars, a tax on drug companies that would be passed through to consumers anyway or a delay in generic entry. In the best of all possible worlds, I would prefer using tax dollars since this money is at least obtained relatively progressively or less regressively. (My latest understanding from Barrett is that the legislation seems dead - there is not even a working link to the proposed bill anymore.  Thanks, Democrats.)

In the OHE report, the concept of restricting rewards or scaling rewards based on the importance of the new antibiotic to society is raised. Bringing another anti-staphylococcal drug that is only available in intravenous form and that is not superior to other such drugs should probably get less of a reward than a product shown to be active against highly resistant Gram-negative pathogens. Another idea that has been discussed for transferable exclusivity rewards is providing a revenue cap.  For example, if 10 years ago such a reward had been available for a needed new antibiotic, and Pfizer had brought such a product to market, it could have gained  $15 billion dollar reward with a one year exclusivity extension for its lipid-lowering statin Lipitor. Clearly this is way beyond the reward that is thought of as necessary ~$2 billion. None of this exists in the current proposed legislation by Shimkus and Green.

Another question that I continue to consider is – Whom are we incentivizing? Do we want companies that have left antibiotic R&D and who no longer have a sales force capable of handling a new antibiotic to get back into the area?  Such companies might be Abbvie, Bristol-Myers Squibb, Lilly, and others. It seems unlikely that any incentive would drag them back.

What about companies that recently departed the area but are having second thoughts like J&J? Then there is Pfizer that seems committed to antibiotics as an add-on for their hospital sales force but, as far as I know, has not yet committed to re-establishing their antibiotic discovery research effort (an email to Pfizer went unanswered).

What about small companies and Biotech?  Here I think the transferable exclusivity extension is the most efficient award being discussed today either in Europe or the US.  Think about a biotech that is discovering and developing antibiotics like Entasis or Achaogen. The potential for them to be able to sell an exclusivity extension to a large pharma or even to use this possibility to leverage a buyout for their investors would be enormous. Investors were enthusiastic about this idea in the past – I see no reason for them to have changed their minds.  None of the other pull incentives that are being discussed have such a clear and immediate advantage for biotech and its investors as far as I can tell.

What can you do?  Write your congressional representatives and senators and tell them you support transferable exclusivity as an incentive to fix the broken antibiotic marketplace and reboot antibiotic research and development.
Posted by David Shlaes at 8:59 AM