Too Big to Succeed 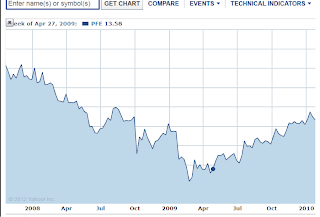 Gretchen Morgenson, writing about the change of leadership at Citigroup in the New York Times today, said that the new CEO of Citi should downsize the company to avoid being “too big to succeed.”  I admit that I don’t know much about banks and that, basically, I’m not even a businessperson.  I’m just a physician-scientist looking in the window from the outside. But it seems to me, from this viewpoint that Ms. Morgenson’s words could just as easily apply to the large pharmaceutical companies of today.

I just took a look at a 10-year timeline for stock prices for J&J, Pfizer, Merck, Bristol-Myers, Lilly and Abbott.  They average a 17% gain in the last decade or 1.7% per year.  Pfizer, the biggest of this group, lost 23% of its starting value. One big problem for all the large pharmaceutical companies is their inability to replace large earner products like Lipitor at Pfizer with enough other new big products to maintain a reasonable pace of earnings growth - hence, the drop in stock price.

So, like Citi, these companies are getting too big to succeed.  If Pfizer were several smaller companies with annual earnings of $10 or 20B instead of $67B, think about how much easier it would be to grow each one.  Three new products at $300MM in sales would provide 5-10% growth by themselves. Now, at their current $67B annual sales revenue, $1B in new sales is 1.5% growth.  This situation just can’t last.

To deal with their inadequate pipeline, these large companies have been gobbling up other companies large and small and then achieving “synergy” by firing lots of people, cutting programs, selling buildings, and at the same time acquiring new products to sell.  A review of mergers and acquisitions among pharmaceutical companies during the years 1980 to 2003 showed that 6 modern large companies derived from 70 precedent smaller companies – a 90% consolidation.  Today, there has been over a 95% consolidation in the industry with the merger of Sanofi and Aventis and the Pfizer purchase of Wyeth. The stock price history shows that this strategy is not working.

Abbott is dividing itself into two companies – a pharmaceutical company and a diagnostics company. Pfizer is cutting various divisions away like animal health, consumer products and others to try and make it down to about $40B in revenues.  I’m not sure that either of these moves will be enough to sustain growth.

What solution will work?  These companies need to drastically shrink or to spin off their smaller divisions (with revenues) such that they can become self-sustaining small, specialized companies.  The antibiotics efforts of a number of these large companies would make excellent candidates for such a move.  If any of them want to move in this direction, I am ready to help!
Posted by David Shlaes at 1:49 PM No comments:

FDA and Antibiotics - Its Coming! 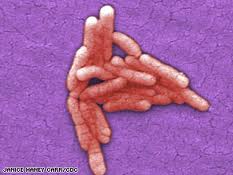 As reported by Bloomberg, in a recent discussion with FDA advisors, Commissioner Hamburg noted that the FDA is considering a faster development pathway for drugs that address unmet clinical needs.  High on her list is antibiotics for infections that are not well addressed by our current antibiotic armamentarium. Such rapid development pathways would result in a label limiting the approval for use to circumstances in which the new drug is actually needed.  Dr. Hamburg discussed the risk-benefit calculation that would be required not only by FDA, but by us as a society.  In this regard, I think Dr. Hamburg is well behind the times.

Certainly physicians, especially those practicing in our hospitals and certainly those in our military hospitals, already understand the risk of not having adequate therapy for serious infections caused by pathogens resistant to all antibiotics or all but those that have never been demonstrated to work in the infections for which the physicians must use them. Physicians understand that the risk of emerging resistance even to these treatments is always there.

Carbapenem resistant Gram negative bacilli, including Acinetobacter, Klebsiella and other Enterobacteriaceae, and Pseudomonas already occur with relatively high frequency in large, academic medical centers throughout the US. The CDC demonstrated that in 2007 (already 5 years ago) 80,000 of the 2 million infections acquired by Americans in US hospitals every year are caused by resistant Gram negative pathogens and of these, an astonishing 63,000 cannot be treated with reliably effective antibiotics.  In some hospitals, 80% of Acinetobacter strains are resistant to all but those antibiotics that are toxic and may not work well. Almost all states have reported infections caused by carbapenem-resistant Klebsiella. Clearly these extensively resistant pathogens represent an ongoing risk to American patients in hospitals.

On the risk side we must add the increased risk of new treatments that are studied in smaller numbers of patients before they are allowed on the market. Here there may be an increased risk of side effects that are not detected during these smaller clinical studies. There may also be an increased risk of accepting a smaller data set supporting the idea that these new treatments actually work.  Both of these risks can be mitigated in two ways. First, continued study of the new therapies looking at both safety and efficacy would almost certainly be required in any case. Secondly, in order for companies to provide a return on their investment, the price for such therapies will be high (see the guest blog by Lew Barrett).  This will, by definition, limit the use of these therapies to patients who need them and thereby reduce the exposed population to those most likely to benefit.

The remaining question is how the FDA will implement this new pathway for antibiotics. This is a topic of ongoing discussions at the agency as noted by previous blogs. It is important that this be done soon since a number of products in the pipeline are seeking such a pathway so that they can get to patients quickly. Europe is well on their way to accomplishing this and they will be holding a workshop where this issue will be discussed the end of this month. The FDA needs to get on board quickly with a feasible pathway forward.  As I have stated before, a good starting point might be for the FDA to harmonize with Europe.
Posted by David Shlaes at 9:53 AM No comments:

FDA - About Face on Otitis! 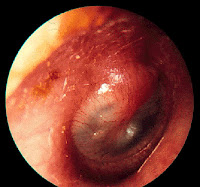 As recently as 2010, the FDA stated in their guidance on the design of non-inferiority trials for antibacterial drugs that such designs were not appropriate for acute otitis media, acute bacterial exacerbations of chronic obstructive pulmonary disease and for acute bacterial sinusitis.  They insisted on superiority design trials for approval for these infections.

Then, two placebo-controlled trials were published in the New England Journal (see my earlier blog on this for links to the articles).  One was conducted in Europe and took 3 years to enroll.  The other was performed in the US and was enrolled in about 5 years.   In both trials, very strict clinical criteria were used to define otitis media in children.  This differentiated these trials from many previously published placebo controlled trials where the definitions for diagnosis were not strict and where the treatment effect for antibiotics was, at best, controversial.  In both trials, there was about a 35% treatment effect with the failures occurring in the placebo group starting about day three and continuing through day 8 of study.  In the placebo groups there were perforations of the eardrum, mastoiditis and even pneumonia.

Both the EMA and the FDA held workshops where this issue was addressed.  In both, there was more or less a consensus that equipoise, at least for these carefully defined cases, had been lost and that non-inferiority trials could be undertaken.  Issues that remain unresolved are what the non-inferiority margin would need to be and how many trials would be required to achieve approval.

But in their latest guidance document, the FDA now allows the performance of non-inferiority trials to evaluate new antibacterial drugs in the treatment of acute otitis media in children.  This represents a complete about face carried out based on compelling data.  EMA came to exactly the same conclusion and they too propose allowing non-inferiority trials for the study of new drugs in the treatment of well-documented acute otitis media.

For some pharmaceutical companies, this may seem irrelevant. They see little medical need in this area and they have already adapted to a world where clinical trials in this area were infeasible.  But hold the phone!  Stop the presses!  Acute otitis media is a KEY entry indication into the pediatric world.  And while the few intravenous antibiotics in the pipeline that target resistant pathogens  are inappropriate for this indication, there are few pipeline compounds that could provide needed new alternatives to the therapy of otitis media in children.  Examples that spring to mind include solithromycin from Cempra and BC-3781 from Nabriva. Both of these compounds offer the advantage of overcoming common resistance mechanisms in bacterial pathogens that cause otitis media and allowing physicians options other than the fluoroquinolones that are not approved for use in children.  (Of course there may be others and forgive me if I have omitted your particular favorite).

So my hat is off to FDA and to EMA for (finally) recognizing the reality that antibiotics work in this infection and for putting this recognition into their guidance.  Of course, what is not specified in either guidance is the specifics of carrying out such a study.  From my own point of view, given the large treatment effect, a 10% NI margin on clinical outcome (based on symptoms plus a careful evaluation of the eardrum) in patients will well documented disease should be more than reasonable. As always, we await further developments . . .
Posted by David Shlaes at 8:29 AM No comments: