There is a great deal going on in the antibacterial field. There are several developments on the regulatory front, the science (PK/PD) front and push incentives keep on coming.  I have been neglecting my blog not because all of this activity is not worthy of publicity and celebration, but because I worry that unless we deal with the elephant in the room, it will all be for naught.

While I am more optimistic about the chances of pull incentives being implemented in Europe, without participation by the US, this won’t be enough even if it happens. According the recent OHE report, Europe’s share of any global pull incentive should be proportional to their level of antibiotic market participation – 30-40%. I am not sure how they calculated this number, but this is consistent with what I know about the antibiotic market as of 2014. A division along these lines will require participation by Asian countries outside Japan, including China, Taiwan, Korea etc., as well as Japan and the US, Canada, South America etc. to make up a full incentive. I view the chances of negotiating a deal as complex as this within the next two years or so as somewhere between zero and nil. The easiest approach would be to have Europe and the US (and China???) share the incentive and the easiest way to do that is with a transferable market exclusivity approach (with appropriate “guard rails”) as suggested in my last blog.

There is always the market entry award approach, but coming up with the amount of cash required to provide for ten such awards over ten years (~$20 billion) seems like a hard slog.  This will be especially hard if we have to rely on European national authorities rather than the European Commission. Also, I’m not sure I see the US congress being willing to participate in such an effort in spite of some optimism from my more politically connected colleagues. We can forget about participation in lobbying by PhRMA since they will be so worried about a backlash by the pharmaceutical company “loving” public that they will be paralyzed. 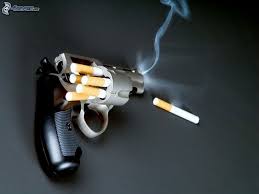 I think we need in an anti-smoking campaign targeting the market failure for antibiotics and its consequences. This might have to be accomplished without industry funding.  We need non-profit groups to get even more involved here then they have ever been and we need to get those who have not yet been involved on board.  The Infectious Diseases Society needs to really put its foot to the floorboard here.  Both the Pew and the Wellcome Trusts are heavily involved in the fight against antibiotic resistance.  We need them to gear up their pubic education efforts to mobilize funding to solve the market failure problem.  What about other non-profit professional societies like the   American Thoracic Society, various oncology-focused non-profits, AARP an others? Clearly, with no new antibiotics, ultimately, those with debilitating and immunocompromising conditions will be paying the price. We need educational ads shown on major networks during prime time including and especially Fox. We need both NPR and conservative talk shows. We need to highlight the efforts of representatives who support the idea of pull incentives while asking viewers to communicate their support to their own congresspersons. I don’t know much about social media – but I’m sure there is a way to leverage that as well. Finally, how about crowd-funding? I know that there are lots of folks out there who know how to do this and who just need motivation and focus.