In a recent publication in Clinical Infectious Diseases, the Infectious Diseases Society of America (IDSA) provides its view of the state of antibiotic development.  They report that there are seven new antibacterial agents that have reached phase II or later stages of development.  Of these, one is from Polymedix, which recently declared bankruptcy.  Their compound, brilacidin, had toxicity issues during clinical trials. So that takes us down to six.  Of these six, three are combinations of beta-lactams with a novel B-lactamase inhibitor, avibactam.  This compound was originally discovered in Roussel-Uclaf-Aventis then spun out with Novexel.  Novexel was purchased by Astra-Zeneca who has taken these combinations, with their partner Forest Laboratories, into phase II and III trials. Although this pipeline provides hope, the IDSA correctly notes that there are precious few compounds that provide coverage against highly resistant Acinetobacter and few deal with metallo-B-lactamases like NDM-1.

Eravacycline, a new tetracycline, does provide improved activity against Acinetobacter compared to tigecycline, but whether this will translate in the clinic is as yet unclear.  A compound that has not yet reached late stage development and hence was not cited by the IDSA, aztreonam plus avibactam, should provide activity against metallo-B-lactamases assuming it can avoid toxicity during its ongoing (but currently on hold) phase I trials.

IDSA says that it was unable to identify phase II or III trials in community acquired pneumonia – but they must mean for drugs active against Gram negatives since Cempra’s solithromycin is currently being studied in phase III for this indication.

The IDSA states that much of antibiotic discovery and development is now centered in biotech.  This is clearly true. But, for the most part, they ignore the critical relationship between large pharma and academic researchers and biotech.  When I speak to investors (I do a great deal of this), they routinely tell me (confirmed at the last Brookings meeting) that the only exit they consider worthwhile is an acquisition.  So – the option of “going it alone” to the market and financing phase III by going to the public markets is not an option for investors at the beginning.  This becomes a poor second choice for them if they are unable to partner their company. When investors think of partners, they think of smaller companies like Cubist and Forest and the large pharma companies.  But even including these small companies, there are probably only six or so potential partners and this number remains unstable (just look at Astra-Zeneca).

Therefore, to keep investors interested in antibiotic start-ups, we need (desperately) deep-pocketed companies willing to invest.  I made this case at the last Brookings.  We MUST keep the current large pharma players in the game and we MUST attract new players if we are going to be successful. But we are not succeeding if the Astra-Zeneca situation is any sort of indicator. We also need a backup plan – in the likely case that we ultimately fail.

To keep the deep pockets in the game, push incentives and a clear pathway to an attractive (not just break even) economic return will be required. My own view of this is that tax credits are not nearly enough (except for small companies like Cubist or some publicly owned biotechs). But large R&D grants such as those provided by BARDA clearly work.  I remain a little skeptical about IMI – but if the EU taxpayers are willing to do this – who am I to argue?

In terms of the pull side, government market guarantees are also likely to be too risky a gamble for large pharma – just look at the mess our government is in to say nothing about a chronically dysfunctional Europe.  Value-based pricing seems like the way to go.  And even though payers seem willing to provide such prices, large companies like Astra-Zeneca simply don’t believe that this is true.  We must convince them.  It may be that no one will be convinced until it happens – I’m just not sure we will last that long. The first product to cross this finish line where a higher (but not the really high) price could be attained will, in fact, be Astra’s ceftazidime-avibactam.  They just need to persevere to get it across the finish line.

How about a backup plan?  We better figure out a way to train researchers in antibiotic research because this expertise is dwindling faster than a speeding bullet.  I believe that the best place to train new (or old) researchers is in industry – either large companies still active or in biotech who know what they are doing (there are only a few of those).  The NIH has said that they would help here (I have this on tape!).

Public-private partnerships have to be part of our back-up plan – but again, without adequately trained researchers we are going to waste a lot of money for a long time while these folks gear up.  I’m worried that investors will lose patience before we get where we need to be.

I applaud the IDSA’s efforts to keep us focused on this problem.  I would just ask that their own focus be a little more laser-like.
Posted by David Shlaes at 1:56 PM No comments: 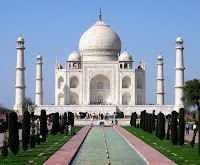 Posted by David Shlaes at 9:28 AM No comments: