AMR - Where are the Professional Societies? 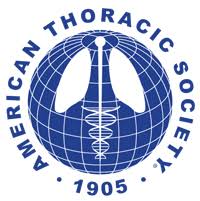 I have written two blogs relevant to today’s discussion.  In one, I decry the absence of guidelines from professional societies, especially the Infectious Diseases Society of America.  In another, I note that all of us desperate for significant pull incentives spend most of our efforts in this regard talking among ourselves. Today, I want to expand on both those topics.

We always say, accurately, that without effective antibiotics, medical care, from the mundane to the complicated, would be rendered much more difficult with consequent increases in morbidity and mortality. If that is true, and I think it clearly is, where are all the professional societies that might be weighing in here? Is anyone home? To examine this, I first sent an email to IDSA asking if they partnered with other professional societies in this regard.  I have had no response in almost two weeks. In the absence of their response, I investigated the websites of several other professional societies whose members might be impacted by our inadequate antibiotic pipeline. I first looked at the American Medical Association which boasts over 217,000 members. They have an active legislative advocacy effort.  Antibiotic resistance is not among their top 20 priorities, although they do address the problem of resistance mainly through advocacy of stewardship efforts.  They have made a recent statement supporting a multi-pronged approach that includes incentives for antibiotic R&D.  But this is far from a concerted effort on their part. Next, I looked at the  Surgical Infection Society, where I could find no information at all on a stance regarding our antibiotic pipeline or on legislation that might help in this regard. The American Society of Transplantation’s website is woefully out of date with a single statement from 2015 supporting the passage of the now defunct PATH Act. The American Thoracic Society, that promulgates clinical guidelines frequently associated with the IDSA, maintains an up-to-date website that focuses on TB, tobacco, pollution and other important topics.  But I was unable to find information on their efforts, if they exist, to prop up our antibiotic R&D effort.

Our statement - without effective antibiotics, medical care, from the mundane to the complicated, would be rendered much more difficult with consequent increases in morbidity and mortality – based on the websites I examined - seems not to resonate with physicians in general, not with surgeons, not even with transplant physicians who might be among those most affected by continuing emergence of resistance. What gives? I view this as a complete failure on our part to communicate the importance of this problem and to help those outside our echo chamber to understand the implications it could have for their daily practice of medicine. I also see this as a basic failure of our own professional society, the IDSA, to enroll the help of larger groups of physicians, especially those represented by the AMA, in our efforts to convince legislators of the importance of support for our lagging pipeline of new antibiotics.

I firmly believe that it would not be difficult to convince these groups, especially surgical infection specialists, transplant physicians, intensivists, pulmonary physicians and others to join with us in a multi-pronged approach to assure our ability to provide the kind of care we desire for our patients of the future. There are already multiple interactions between IDSA and its members and the pulmonologists, surgical infection specialists and transplant physicians.  We just need to take advantage of these interactions to foster collaboration in our legislative efforts.

If we can’t convince our physician colleagues, how can we ever hope to convince legislators that we have a real problem here? 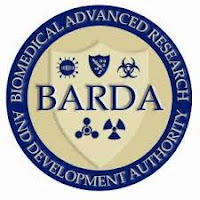 In December, BARDA and Paratek announced a large award to Paratek for the development of omadacycline (NUZYRA®) for the prevention of anthrax. The total award is valued at up to $285 million over five years with an option to extend the contract up to 10 years. The grant includes $59 million for the development of NUZYRA for the treatment of pulmonary anthrax and the purchase of an initial 2,500 treatment courses of NUZYRA to add to the current Strategic National Stockpile. The contract provides for additional potential time-based funding including approximately $77 million for existing FDA post-market regulatory commitments that Paratek would have had to fund themselves - scheduled to begin in April 2020. It includes approximately $20 million for manufacturing-related requirements scheduled to begin in June 2020. The remaining staged, milestone-based funding includes the potential for approximately $13 million to support the development of NUZYRA for the prophylaxis of anthrax and a maximum of approximately $115 million to provide for three additional purchases of NUZYRA for the Strategic National Stockpile, each of which will be triggered upon development milestones related to the anthrax treatment development program.

Today I spoke with Evan Loh, the CEO of Paratek. Evan and I worked together briefly when we were both at Wyeth around 2000. Our discussion really centered around my questions as to whether this contract could be a paradigm for a BARDA-driven pull incentive for small pharmaceutical companies like Paratek. Evan’s opinion is clearly a resounding “Yes.”

As of today, Evan notes that around $1.1 billion dollars have been invested in Paratek including both private, public and non-dilutive funding, since its founding in July 1996. One of the largest Paratek “failure” costs in terms of clinical development was the five-year delay they endured because of FDA’s uncertainty around requirements for antibiotic trials between 2006 and 2012. Another cost was Paratek’s recent  phase II cUTI and uUTI trials. These trials identified a potentially clinically effective dose however this dose did not demonstrate a comparable level of microbiological efficacy. But at least these results precluded them from proceeding into a much more expensive phase III trial.

Between the provisions of the GAIN Act allowing for extended exclusivity and additional patents, Paratek now has clear exclusivity for omadacycline until at least 2031.

What does the BARDA contract do for Paratek’s bottom line? Before the BARDA contract, Paratek estimated that their runway, based on $220 million in capital, would run until Q1 2021- about one year. After the BARDA contract, their runway is estimated to go through the first half of 2023 – over two years of extension. Paratek’s cash runway prediction depends on operational costs (they project ~$30-35million per quarter). Success for Paratek will still depend on achieving adequate sales.  But after BARDA, Paratek believes that there is a path to profitability and sustainability.   Evan noted that Emergent Solutions had an order for $500 million for their anthrax vaccine for the SNS.  Based on this, he thinks there may be additional upside potential for Paratek’s interaction with BARDA.

Evan believes that this kind of pull incentive, where a still-viable company with a product that fills an important medical need, and where sales will still be required to achieve profitability is an important way forward. I agree with him and have so stated in previous blogs. He also expressed how honored he is that Paratek was chosen for this award and that he thinks that this could be an important model for the future of antibiotics.  We all hope that his opinion is shared on Capitol Hill!

To achieve the required sales numbers, Evan believes that DISARM will be an important incentive because it takes the cost of the drug out of the formulary decision for antibiotics designated in the act. I would like to delve into this further in a future blog.

So – what do I think about BARDA as a source for a significant pull incentive? I think that this level of incentive might work for a small, publicly held company like Paratek.  It is not possible to underestimate the importance of this action by BARDA to bolster the antibiotic marketplace in a way that also helps to meet our national security needs. But this pull incentive is unlikely to incentivize large pharma or private investors to any great extent. As such, I’m not sure it will end our current cycle of investor exodus from the area and may not provide sufficient confidence in the ability of antibiotic investments to provide a significant return.

Other steps we could take without spending large amounts of money include networking between expert societies. I have written previously about the need for IDSA to step up and revise their clinical guidelines on at least an annual basis.  They could, in addition, ally themselves with expert societies representing oncologists, transplant specialists, surgeons and others such that clinical guidelines on antibiotic use are kept current among a broad range of physicians.  Having additional lobbying strength from these groups would not hurt our cause either.