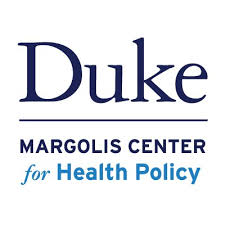 Today the Duke Margolis Center and the FDA held a workshop to discuss how to approach clinical trial designs for rare diseases. Full disclosure – I mainly watched the summary discussion session. Much of the earlier discussion on the details of Bayesian statistics escaped me. The rare diseases that were the subjects of this meeting were mainly things like muscular dystrophy and inherited metabolic diseases in children. Bacterial infections and targeted therapies were mentioned, though. Most of the discussion, therefore, revolved around superiority trials.

I know that some antibiotic developers have very strong negative feelings about superiority trials.  I am not among them. I do not agree that once a drug has been shown to be superior to a given therapy, that drug then must be used as the control in further superiority trials. I am also not sure that non-inferiority trials are even feasible for pathogen-specific therapies even with a wider non-inferiority margin. As I mentioned in a previous blog, in spite of the fact that ceftazidime-avibactam is available to treat resistant infections, our old, inferior drugs, polymyxin and colistin are still being used very frequently. This suggests that clinicians and pharmacists are not convinced of ceftazidime-avibactam’s superiority to the polymyxins. (How this could be true escapes me!) Therefore they continue to use the cheaper product.

Key concepts included the use of Bayesian designs where non-trial data is used to established “priors.” Questions that many of us have asked in the past revolve around exactly what kinds of data can be included here. I would think that, for antibiotics, in vitro data, in vivo animal models and both preclinical and clinical PK/PD could be useful in establishing priors. Such data could even lead to modeling of response in the clinic.  Could these models be used as well? Other useful prior data might include early clinical trial data that might have been generated before embarking on pivotal trials.

Data from prospective observational studies might also be useful to help establish control levels of response and to provide a better understanding of contemporaneous natural history of the infection of interest. Such data could also come from the network, but does not necessarily have to be from the network.

These concepts fit well with the latest draft of the FDA’s unmet needs guidance.  This guidance discusses the use of superiority trials, external controls and the use of Bayesian approaches. They even state that a statistical finding for superiority for a pathogen specific antibiotic targeting patients with unmet needs might be less stringent than the usual standard.

An idea that has been discussed elsewhere is  pre-enrollment or early consent.  This fits well with another concept discussed in detail at today’s conference – that of patient participation in these decisions.  Pre-enrolling patients allows patients and their families to consider a study without the urgent pressure of an ongoing severe infection where the patient is less likely to be able to be an active participant in the decision.

Finally, the FDA emphasized that they are open for business.  They want developers to speak to them. I didn’t hear the antimicrobial group at the portion of the conference I viewed, but I believe that their attitude is similar. This conference was encouraging and makes me believe that we are slowly closing in on ways to study and market antibiotics focused on limited patient populations.


I must also remind everyone that no matter how much we progress on the regulatory front, unless we solve the problem of the marketplace, we will continue to struggle to provide the robust antibiotic pipeline that we so desperately need.
Posted by David Shlaes at 4:30 PM