2013 was an eventful year in the antibiotics world – not all good but not all bad either.

Both the FDA and Europe released new guidance on developing anti-bacterials for highly resistant infections and other unmet needs.  The EU guidance is much more user-friendly than that from FDA – but both provide feasible ways forward for very small trials for antibiotics targeting limited populations of patients with such unmet needs.

In the context of the FDA reboot, we began a discussion in earnest and with payers around the necessity for value-based pricing for new antibiotics active against resistant strains.  These new antibiotics would be developed along the lines of what the FDA calls anti-bacterials for unmet needs in their guidance released in July. The trials would be very small and the clinical data would be supported heavily by preclinical data and both clinical and preclinical PK/PD. Because the populations targeted by these drugs would be small, the industry would need to charge a high price for each treatment course in order to make a return on investment.  This will be true in spite of the smaller, less expensive trials required for achieving market approval.  The reduced expense will not be enough to allow sales at currently accepted prices. The meeting at the Pew in January confirmed that payers are willing to take on these high prices for products that can be shown to work.  Payers seem used to this idea based on their experience in oncology where drugs offering very little in terms  of value are already given high prices.  Further support for the concept comes from a paper published by Rex and Spellberg analyzing the cost-benefit of this approach and clearly showing that even very high prices can be supported by the benefits of new antibiotics that work where others don’t (if you don’t have a subscription to Nature – check my blog).

The development of feasible regulatory pathways for small, rapid and less expensive trials to register antibiotics targeting resistant infections plus value based pricing for such drugs provides the boost we need to get large pharma interested again in antibiotics.  Since these events, Cubist has purchased both Trius with its tedizolid being submitted to FDA and EU and its preclinical programs and Optimer with dificid for C. difficile infections. The two deals amounted to up to $1.6 billion. Roche entered into a licensing agreement with Polyphor for their new peptimomimetic antibiotic that is highly specific for Pseudomonas aeruginosa. This represents the first real venture into antibiotics (with one minor exception) for Roche since 1999 when they were the first large pharma company to announce they were quitting the field.  I fully expect this trend to continue in 2014 with increased investment in antibiotic R&D from venture capital and other private sources of funding as well as additional large pharma companies re-entering the field. 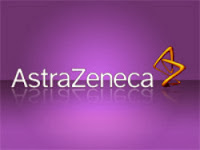 In spite of all these activities, Astra-Zeneca, which has been the stalwart company for antibiotic R&D over all these years, announced that it would limit its investment in the area while awaiting further developments.  Basically, the CEO does not believe that value-based pricing will occur to the extent required for his company to make a sufficient return on their investment. Going forward, I am optimistic and believe that the CEO will realize the error of his ways – but nothing would surprise me from AZ at this point. 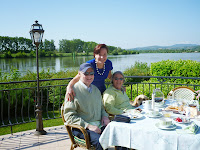 The low point of the year for me was the loss of John Quinn.  I hope to have more to say about this in 2014. But I know that John lives on and, like me, awaits the awakening of the sleeping giant that will be a new era of antibiotic R&D to provide the medicines that we need now and that we will need in the future.

I’m looking forward to 2014 and my retirement from consulting.  I apologize to all those of you who wanted me to work with you this year and in the future – but all good things must come to an end sometime. I am hoping, though, as I noted in a previous blog, to be able to work more closely with the FDA to continue to implement their reboot of antibiotic development in a way that makes sense. I hope to be able to tell you more about that early in 2014. I’m now working hard on my next book, my guitar, and the blog, but I also have time to spend with my family and for travel that does not involve work.

To everyone out there in blog-land – many thanks for your continued support! Have a great New Year!