FDA and Pneumonia - Better and Better

The FDA just released new Draft Guidance on the development of antibacterial drugs for the treatment of community-acquired bacterial pneumonia. This is an important document and represents a major improvement over the FDA stance as of the last such guidance appearing in 2009.  The current document reflects what the FDA has been saying to sponsors over the last year. But we have come a very long way since those dark days when the FDA was considering requiring sponsors to prove that drugs for this disease ac- 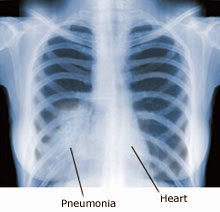 tually improved mortality when the overall mortality rate for the disease (all comers) is something like 0.2%.

The reason the FDA turned to mortality is that they wanted to justify their statistical design for trials – using non-interiority. This assumes that treatment has an effect greater than no treatment.  To find quantitative data for this, one has to search the preantibiotic era literature.  The patients studied in those 80 year old trials were more severely ill than those we study today. The FDA wanted to approximate the mortality rates of yesteryear in modern studies. Therefore, during the FDA discussions back in 2008, there were calls to limit the study of pneumonia to those with more severe disease or at least to disease occurring in patients with a higher risk of mortality. But even if you study patients with PORT risk classes III and IV, the expected mortality will only range from 0.9 to 9.3%.  Going to PORT V would get you a mortality of 27%, but it is not clear that antibiotics work well at all in such patients and sponsors would not be willing to carry out such studies to register a new antibiotic. The studies proposed to look at mortality as an endpoint as discussed by the FDA in 2008 would have required a sample size in the 10s of thousands and is completely impractical.

In their draft guidance in 2009, the FDA recognized the impracticality of mortality as an endpoint and that is still true today (thank goodness!). To show you how far we have come – positive aspects of the new draft guidance are:

What is the downside?  The endpoint.  The endpoint for the FDA is clinical response based on resolution of certain symptoms between days 3-5 of therapy. As is the case with the FDA endpoint for skin infection, the endpoint that patients and clinicians care about is cure at test of cure and that is still what is sought by the European authorities. There are recent data (ceftaroline NDA) suggesting that there is a good correlation between early endpoints and cure at test of cure – so why not go back to the latter as the most relevant and universally accepted endpoint?  Further, we could examine the possibility of using pharmacometric data to establish a link between the early and late endpoints as well.  The FDA has the data that would be required for such an analysis.

Other concerns I have revolve around the single trial and whether the analysis population should be the ITT or population with microbiologically documented infection since that would change the trial numbers considerably.

But all in all, we have come a very long way since those dark days post Ketek. It looks like clinical trials in community acquired pneumonia will now be feasible on both sides of the Atlantic – all we need to do now is to harmonize a little better on endpoints.
Posted by David Shlaes at 3:24 PM