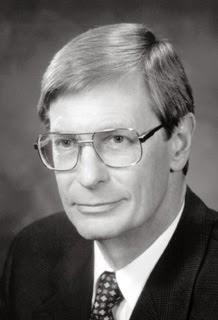 It is both ironic and tragic that in this year, after we have come so far in paving the way for the discovery and development of new and needed antibiotics, we have lost so many of those who have fought this battle for so many years.  In the last 12 months, we have lost Don Low, John  Quinn and now, I am deeply saddened to announce, Bob Moellering passed away last Monday at the age of 78.

I first met Bob in the mid-1980s.  A number of researchers working the area of antibiotic resistance met in Boston to discuss our impression that the NIH was not funding this research.  Bob was one of those present as were Stuart Levy, Gordon Archer, George Jacoby, myself and a few others. In meeting, we realized that we were probably correct in our suspicion and we engaged the NIH (Bob Quackenbush if I remember correctly) to provide us with their data on grants funded over the previous 25-30 years where antibiotic resistance was the subject of the research.  They provided us with a rather long list – but only a few had anything to do with the epidemiology or mechanism of bacterial resistance to antibiotics. The NIH apparently realized we might have a point and they scheduled several workshops to explore the question.  Science magazine thought we were “disgruntled.” All of this came to naught until one of Bob’s students, Lou Rice, along with Steve Projan and a few others, finally were able to convince the NIH to establish a new study section to review grants on resistance.  This occurred 20 years after our little group first met in Boston and suggested that a new study section was one of the key remedies to the problem.

After that time, I came to know Bob well as a colleague even though we never became close friends.  We kept trying to schedule time together either at our place in France or his place in Italy – but our calendars never meshed. I regret that we could never get closer to each other.

Bob never changed his focus.  He knew that antibiotic resistance was going to be an ever-present problem.  He remained a practicing clinician and saw patients suffering from infections caused by highly resistant pathogens all the time. He understood what this meant to his patients and for himself. Over the years, we served on many pharmaceutical company advisory boards and consulting sessions together.  Many were formed or held at my own behest during my years at Wyeth or later when I was consulting. Bob always thought that having more choice in antibiotic therapy was much better than no choice or even limited choice. He also realized, as does anyone with experience in pharmaceuticals that any compound that has not yet made it to the marketplace and some that have can always fail. Competition should be dissuasive, but only up to a point. Having seen so many compounds come and go he developed a wealth of experience, knowledge and, most importantly, perception and vision.

One of Bob’s great attributes was his ability to criticize politely.  I remember several sessions where he would ask a probing question – like, what if, or – can you explain your basis for saying that . . . Sometimes, even I, and I thought I understood Bob pretty well, would have to think about his questions in retrospect after the meeting was over before I could nail down the critique he offered.

I offer my most sincere condolences to his family and friends. I miss him already.

The family has suggested that for those interested, contributions could be made to a yet to be established fund in Bob’s name at Beth Israel Deaconess Medical Center. Send checks to Beth Israel Deaconess Medical Center, Attn: Development, 330 Brookline Ave., Boston, MA 02215. Please make checks payable to BIDMC and include Robert C. Moellering, Jr. M.D. in the memo line.