I knew that something was going on at Forest.

For those of you that don’t know, Forest Labs is a US-based medium sized pharmaceutical company that was most well known for selling Lexapro – an antidepressant.  But a number of years ago, it acquired the rights to a drug now called Teflaro (ceftaroline) – an intravenous antibiotic that works against some Gram-negative bacteria but also against the MRSA superbug.  To do this, they acquired Cerexa – the company spun off from Peninsula to hold Teflaro. They kept Cerexa, a company run pretty virtually, somewhat intact because Cerexa had all the antibiotic expertise – Forest had none.

Teflaro should have been a big seller.  But Forest, like many pharmaceutical companies in my experience, thought that they knew how to do things better than anyone else.  I’m not sure if they ignored Cerexa – the group they kept for their expertise, or if Cerexa was also naïve in the ways of new antibiotic sales. But the launch of Teflaro has to be one of the worst in the history of antibiotics.  Things are looking up for Teflaro, though.  In the third quarter of 2103 it brought in $22 million in sales. I wonder how much of that comes through their European partner, AstraZeneca (they call the drug Zinforo), and how much comes through Forest’s sales in the US.

Forest was part of the deal when AstraZeneca purchased Novexel back at the end of 2009. This deal was centered mainly around avibactam, Novexel’s broad spectrum B-lactamase inhibitor.  The combinations being pursued by both companies now include ceftazidime-avibactam, ceftaroline (Teflaro/Zinforo)-avibactam and aztreonam-avibactam.  All will have somewhat different antibacterial spectra (with some overlap), and all target different ranges of Gram-negative and Gram-positive superbugs. These constitute some of the most important potential additions to our antibacterial armamentarium in the last three decades. AstraZeneca has rights outside the US while Forest keeps the US rights.  This means that Forest deals with the FDA and AZ deals with EU and other global regulatory agencies. The two companies are tied at the ankles for key antibiotics important to the future care of patients.  They are also tied together therefore in the clinical development of all of these products. If one stumbles, they both stumble. To me, this has always seemed like a recipe for disaster in any case.

But Forest has just been acquired by Actavis for $25 billion.   If you had never heard of Actavis – you’re not alone.  From what I gather, Actavis is a Dublin (as in Ireland) – based company that mainly is involved in selling generics.  Actavis is the old generics company, Watson.  They acquired Warner-Chillcot a number of years ago. What do they know about selling branded products?  What do they know about antibiotics?  What are the implications of this purchase on the future of these key antibiotics in development? I can’t even begin to guess.  But this, coupled with recent statements by AZ management on the future of their own antibiotics franchise, leaves me trembling. We seem to by multiplying potential antibiotic disasters in an exponential way here. 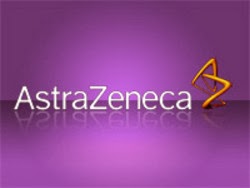 So – a challenge to Actavis (Forest)/AstraZeneca – Show us how you will persevere to get these important antibiotics to the physicians and patients who so desperately need them.  Show us your way forward. Show us that this will happen.