This blog is a twofer.

First, I want to talk about Roche’s recent antibiotics deal and what this says about companies who get back into the antibiotic R&D game after having been out for many years. Roche recently reported a deal with a company called Discuva. According to their website, Discuva has a technology (SATI) using transposon mutants of bacteria and bioinformatics to help figure out why compounds that might have antibacterial activity work and potential mechanisms of resistance for compounds that don’t work.  First – a small disclaimer.  I have no knowledge of the specific technology Discuva is using and everything I say after this sentence could be entirely wrong (but I doubt it). To those of us who went through the genomics era of antibacterial research during the 1990s, and that includes people like Wolfgang Keck who was at Roche at the time, this is déjà vu all over again. Unfortunately, most of the compounds pulled out of chemical libraries that have activity, especially those with activity against Gram negative pathogens, are non-specific toxins.  So a target or targets will never really be discovered.  There are those that might be bona fide antibacterials with more than one target.  Many researchers believe that this is a good thing since it limits the possibility for mutational resistance.  But this also means that is harder for Discuva’s technology to identify the targets.


I am not convinced that this sort of approach is any better than the kinds of things one can do in one’s own laboratories with people who know what they are doing. And this brings me to the apparent problem at Roche.  Maybe they don’t. Who would be surprised if, after having pulled out of antibiotic R&D 15 years earlier, Roche no longer has the expertise it did during Wolfgang Keck’s time there? And this is the conundrum faced by companies who want to re-enter this area.  They have lost all their internal expertise.  So hire it, you say.  Right.  But who decides who to hire? Use consultants – like me for example.  Well, I’ve retired, although they never called anyway. But again – who chooses these consultants and who will be considering their advice?  Getting back in is not impossible, in my view, but it will take time and the learning curve will be steep.  I think Roche is in the first phases of this learning curve and I anxiously await further developments.  I just hope Roche of today has more patience than it did in 1999. 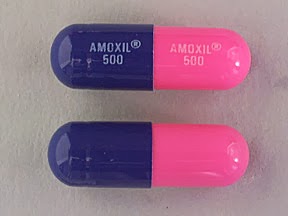 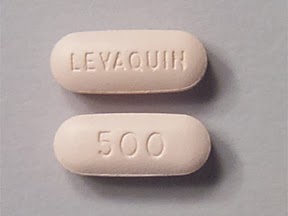 Next, I want to talk about antibiotic toxicity.

In an article that appeared recently, Rao and coworkers examined the incidence of all cause mortality and serious cardiac arrhythmias occurring after 5 or 10 days of antibiotic therapy in a group of veterans treated with 1.6 million courses of drug.  This group differs from those in previous studies in that the cohort has more serious comorbidities than most other studies.  The most common problems include chronic lung disease, cardiovascular disease and diabetes – pretty much what you would expect in an aging veteran population. The rates of these events were 15 per 100,000 courses of therapy for amoxicillin given for 5 days up to 71 for levofloxacin given over a 10-day course. The baseline numbers are higher than I would have expected given previous FDA and other data – but this may be related to the higher risk groups studied here. To give you some other examples:  Chloramphenicol, which is virtually never used anymore, caused an irreversible, fatal anemia in about 1 in 50,000 to 1 in 100,000 course of therapy. This could and did occur in young, otherwise healthy patients. Telithromycin (Ketek) caused serious liver toxicity (not leading to death) in 1 in 100,000 to 1 in 200,000 courses of therapy and was withdrawn from use for bronchitis and sinusitis for this reason.  Augmentin – a combination of amoxicillin and clavulanic acid, causes serious liver toxicity at roughly the same rate as telithromycin – but is still widely used. When amoxicillin resistance ranges from 10 to 35% among respiratory pathogens and with azithromycin resistance at about the same level, what should the physician do?  Levofloxacin resistance remains at about 1% in those same respiratory pathogens.

The study by Rao and colleagues is a welcome and needed addition to the database on antibiotic toxicities.  It does not look at other toxicities like serious liver damage. And, it does not consider the necessity or appropriateness of the therapy used.  Until we have a good understanding of risk benefit for all these drugs, generic and branded products, physicians will not have all the information they need to make treatment decisions.  On the other hand, even with the new information, other than pausing before using antibiotics when they are not truly needed, I’m not sure the data provided by Rao will allow physicians to make different antibiotic choices for those patients who need antibiotic treatment.
Posted by David Shlaes at 9:56 AM