Today I would like to reflect with you on what I have heard from investors, Pfizer, J&J and various biotech company executives concerning antibiotic R&D, the antibiotic marketplace and the potential role of pull incentives.

One major problem is that pull incentives remain hypothetical.  Even in the hypothetical, the value of any potential incentive remains completely unknown.  Because of this, investors are essentially ignoring pull incentives, but are very focused on non-dilutive funding via push incentives. I am hearing that we are now experiencing another down cycle in antibiotic biotech investing in spite of the increasing opportunities for push incentives (CARB-X, Novo, Wellcome, BARDA). A recent survey of biotech investments shows that among the top ten life sciences investors, only Entasis, Spero and Nabriva among antibiotic R&D biotechs were recipients of their investments.  Most money pours into oncology and immunology biotech. A recent conversation with a top antibiotic investor confirms this current down cycle for me.

Biotech executives tell me that pull incentives play no role in their plans nor are they discussed in any serious way by their investors. Non-dilutive funding, however, plays an important role in their considerations. All agree that without more successful antibiotic launches, the investment future for antibiotic R&D will be bleak. Where they disagree is on what type of product will be required for a successful launch. Some say that the only way to go is with a relatively broad-spectrum antibiotic that can be used in empiric therapy.  Others say that a pathogen-specific antibiotic can garner a high price and also be successful. My personal opinion is that the high price strategy has, at least so far, been a dismal failure. (See my blog on price perversion).

From large PhRMA, I have two opinions.  Actually, there is only one opinion and one obfuscation. Pfizer was quite clear. They look at antibiotic investing like any other potential portfolio opportunity. They are clear that they view the scientific risk of antibiotic discovery as simply to high to justify investment even with available push incentives at least given the current state of affairs. They are also clear that a substantial pull incentive will be required for them to invest in late stage antibiotic assets if the assets are to survive their portfolio review process.

J&Jwas anything but clear. They start with their scientific expertise.  Although I know a number of antibiotic R&D experts who remain within J&J, I am not sure that they have the internal expertise to evaluate antibiotic opportunities.  They seem more interested in “global” needs such as treatment for resistant TB and gonorrhea. And they have demonstrated their commitment to TB with actual products from which they will gain no profits (their priority review voucher notwithstanding). Of course, this is nothing but laudable.  They would not really address any specific issues around what a pull incentive would need to look like for an antibiotic program targeting say resistant Gram negative pathogens to be adopted at J&J.  This makes me believe that such a program has little (but perhaps not zero) chance at J&J regardless of any pull incentive. 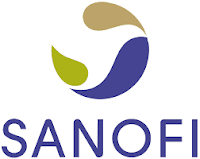 The events of the last several years leave me believing that we are standing on a cliff looking into the abyss. Astrazeneca’s spin-off of its antibiotic research assets into Entasis and its sale of marketed antibiotic assets to Pfizer was a beginning. This year we have seen the loss of another large PhRMA company from antibiotic R&D – Sanofi.  This is all the more ironic since they had reentered antibiotic R&D after having jettisoned their assets to form Novexel – the company that ultimately gave birth to avibactam. Once again, Sanofi spun out their assets (while retaining some rights) – this time to Evotec.  Nevertheless, every loss of a large PhRMA hurts because we lose their deep pocket support for the area.  The loss of the Medicines Company, a small pharma company, was especially discouraging since this occurred just after they had won approval for their meropenem-vaborbactam combination antibiotic. I firmly believe that the availability of substantial pull incentives would have altered at least some of these corporate decisions.

I have reason to believe that more losses are coming. Only the successful launch of a new antibiotic or the implementation of substantial pull incentives can keep us from the abyss.