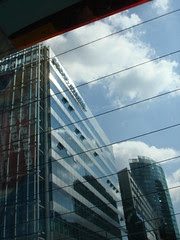 Image by sunxez via Flickr
In 1999 Roche announced that they would abandon their effort to discover and market new antibiotics.  This ultimately led to the formation of Basilea and Arpida – two biotechs of which Basilea is still standing. The antibiotic discovery group at Actelion is also made up in large part of ex-Roche scientists.  Of interest, with rare and small exceptions, none of these particular biotechs have yet managed to get anything all the way to a significant market. Since 1999, in terms of today’s mega-merged companies, eight others have followed Roche down the path away from antibiotics.  None, as yet, have reversed course and re-established a serious antibacterial discovery and development effort.  None have even licensed in an antibacterial for development and marketing.
But, as I learned several months ago, this may change.  One brave company may be the first of the large pharmas to go back.  In 2004, not long after Sanofi purchased Aventis, the company made what was, for them at the time, a very difficult decision to spin off their anti-infectives discovery group. They not only released their talent, but they also gave up any rights and they put in a large number of preclinical stage compounds – some more advanced than others. This spin-off was Novexel.  At the time of their purchase of Aventis, negotiations for the spin-off were already underway within that Aventis.  Sanofi hesitated – I think over a year – before finally giving the go ahead for the formation of Novexel. Sanofi hesitated because they were not sure they really wanted to divest themselves of their anti-infectives group.  In spite of the calamity of Ketek (an Aventis product that Sanofi had to bear on their shoulders), Sanofi was not sure that anti-infectives would not be an important area for them.  But, for whatever reason at the end, Novexel was born.  With its birth, Sanofi lost most if not all of its internal expertise in anti-infectives as well as any key anti-infective compounds that might have been in the company.  Novexel was a startling success selling itself to Astra-Zeneca and Forest for $505MM in “biodollars” by the end of 2009.  At the time, they had generated two promising phase II antibiotics and had their own discovery program with interesting preclinical compounds.  Sanofi could have had the same but did not.
After all this, several months ago, I received a call from a headhunter, as I do from time to time.  But when this recruiter told me what they were looking for, I practically passed out.  They were looking for a head of anti-infectives for Sanofi-Aventis.  At the time I knew that Sanofi had initiated a small effort at their facility in Toulouse, France to discover compounds useful for the treatment of neglected diseases such as TB and malaria.  But their current plan was much bigger. They shared the job profile with me.  It called for a person with experience mainly in small molecule discovery either from academia, biotech or pharma. They wanted expertise in microbiology or immunology – vaccine expertise would be a plus.  The person would direct research in neglected diseases, but also for new antibacterials, antifungals or antivirals for MDR pathogens.  Personnel reporting to the new unit as proposed would be located both in France and the US.  There could ultimately be 120 scientists and others in the various groups reporting to this person. Of course, to find a single person with all the required expertise to lead such a diverse effort seemed an unlikely possibility – but to find someone who could start from a strong base and learn all this seemed possible.  Of course, now that Sanofi has purchased Genzyme, the integration may complicate this entire plan. I have been in contact with the headhunter who tells me that they have made an offer to someone – but that was back in April.  I have had no further follow-up.
But I was still flabbergasted.  If this happens, Sanofi-Aventis will be the first company in over 10 years to get back into the field.  Even though I may be critical of the specifics of their plan, the idea itself is, to say the least, admirable and courageous.  They will have to rebuild almost everything from almost zero. I expect this will take years to come to some sort of fruition.  Nevertheless – assuming this comes to pass – cudos to Sanofi-Aventis!