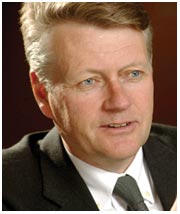 According to an interview by the Wall Street Journal with Thomas Lonngren, the outgoing Executive Director of EMEA, pharmaceutical companies must innovate and regulatory agencies have to get together.  From my prismatic view of the world through the kaleidoscope of antibiotics, this seems easier said than done – especially given the state of affairs at the FDA.
Innovation in antibiotics has been difficult to say the least. But I see hopeful signs on the horizon.  New classes (at least for human therapy) are being studied by a number of companies, large and small, with a few having reached late stage development.  BC-3781, a pleuromutilin from Nabriva and NXL-104, a non-beta-lactam beta-lactamase inhibitor from Astra-Zeneca-Forest are examples of such compounds in phase II or later.  The siderophore monobactam from Basilea and the siderophore monocarbam from Pfizer are examples of new classes entering early clinical development.  Of course, we are all still waiting for the genomics revolution to hit antibiotics either in terms of antibiotic discovery, choice of patient populations for study or even for non-clinical safety studies.
Although the regulators frequently call for more innovation, it turns out that in many cases it is the regulators themselves that stifle it.  A good example is the conundrum antibiotics developers now face in designing trials in community acquired bacterial pneumonia.  The patient population for analysis must be those who have a documented bacterial infection.  But even in the best of trials, no more than 30% or so of patients enrolled will fit this definition for lack of a bacterial diagnosis at baseline.  The trials remain infeasible just based on the size of the enrollment population at this rate of diagnosis.  The diagnosis rate must be at least 50% for trials to be feasible.  To get there, given the paucity of FDA approved diagnostics available for pneumonia-causing pathogens in human specimens, experimental methods would have to be used.  This would require (1) a diagnostics company to see a potential market in such a diagnostic such that they would develop one (so far no one does) or (2) trail-blazing and risk-taking on the part of the pharmaceutical company sponsor.  I don’t object to this as long as the sponsor has $30 million or more per trial to put at risk.  Here, regulators could help by providing such a pathway and/or sponsoring research that would lead to a path forward.  But to hold companies hostage awaiting a way forward will only lead to more defections from antibiotic discovery and development.
One wonders if the regulators are following Mr. Lonngren’s advice and speaking to each other about coming together on a feasible path forward for the development of antibiotics for community-acquired pneumonia.  The same could be said for hospital-acquired pneumonia, ventilator associated pneumonia, and skin and skin structure infections where guidelines from the FDA require either infeasible trials or trials that are feasible but insensitive or clinically irrelevant.  These guidelines differ markedly from anything coming from EMEA.
My hope would be that EMEA would reject the FDA guidelines and simultaneously try and bring the FDA to a more rational stance. After all, EMEA has stated publicly on numerous occasions that the development of new antibiotics for resistant infections is their highest priority.  This laudable stance seems the polar opposite to that of the FDA.
So – will EMEA follow Mr. Lonngren’s direction and both stand up to the FDA and try and bring the FDA along on some more reasonable (read feasible) path or not?  We all await the results of the scientific advisory group that they will convene sometime soon.
And by the way - Happy New Year to all of you out in antibiotic land.