Today’s blog is inspired by recent grant proposals, discussions, publications and the promise of our antibacterial pipeline today. I see many proposals where the concept of a better polymyxin is envisioned or where the structure of polymyxin is used as a lead to generate a drug that will attack the bacterial membrane to allow penetration of other, more effective antibiotics. But my view is that we should relegate polymyxin and its relative, colistin, to the trash heap of unused drugs – the sooner the better.  And I believe that we are near the threshold of being able to do just that.

My strong feelings come from an experience I had during my training.  I’ve recounted this in both of the books I’ve written. I was working in a county hospital as an infectious diseases fellow.  The hospital was a trauma center and had a large burn unit. Burn patients were regular users of the infectious diseases service.  Even today about 70% of severely burned patients will experience a burn wound infection and these infections are a common cause of mortality in this group of patients. I was called to the burn unit to see such a patient with Pseudomonas aeruginosa bacteremia. I began treatment with carbencillin and gentamicin (you see how long ago this was). But the next day the lab reported that the isolate was resistant to all antibiotics tested except colistin.  And they told me that a second patient on the unit was now also growing Gram-negative rods in blood cultures. In all, we treated maybe six or seven patients for this infection with colistin.  All but one (as I remember it) died with continuing positive blood cultures in spite of adequate (above MIC) levels of colistin in plasma (measured by bioassay). All showed evidence of kidney damage during therapy. I was never forced to use colistin again because a robust antibiotic pipeline made that unnecessary for the most part.  For those rare patients where their infections seemed resistant to all available antibiotics except colistin, since they were all urinary tract infections, I was able to devise combination therapy to get those patients through their infection without having to resort to colistin.

Today we now have ceftazidime-avibactam (caz-avi). A recent prospective observational study of caz-avi demonstrated a 9% mortality in the caz-avi group vs 32% in the colistin group – a 23% reduction in mortality when caz-avi was used as compared to colistin. Most infections treated were pneumonia or bloodstream infections. Renal failure was significantly more common the the colistin group and overall, there was a 64% chance that caz-avi treatment would lead to a better outcome compared to colistin. 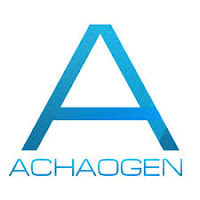 We are also about to have plazomicin – a new aminoglycoside antibiotic. In their prospective randomized clinical trials they demonstrated an all cause 30 day mortality of 11.8% for plazo treated patients vs 40% for those treated with colistin. The difference in the subset of aptients with bloodstream infections was even more dramatic in favor of plazo.  11% of plazo treated patients and 29% of colistin treated patients suffered a serious adverse event related to decreased kidney function.

Vabormere (OK – it sounds like a body of water from the Tolkien novels), a combination of meropenem plus the broad spectrum beta-lactamase inhibitor vaborbactam, was just approved by the FDA based on data in the treatment of complicated urinary tract infections where it was non-inferior to piperacillin-tazobactam.  Vabormere seems to specifically target Gram-negative infections where the pathogen carries a carbapenem hydrolyzing enzyme of a particular type such as KPC that is widespread in the US. As a side note, it was approved based on a single trial and yet its label did not restrict its use to those patients without other alternatives. Would anyone like to guess whether vabormere will be superior to colistin in its ongoing trial of treatment of carbapenem-resistant infections?

Then there is cefiderocol – a novel cephalosporin antibiotic developed by Shionogi that uses a siderophore to get into Gram-negative bacteria. It has completed a trial in complicated urinary tract infections where it was non-inferior to imipenem, a carbapenem antibiotic.  In vitro, the compound is active against many carbapenem resistant strains including those not covered by caz-avi or vabormere. A competitor for cefiderocol would be aztreonam-avibactam that seems stuck in early clinical development. But both of these drugs should also be superior to colistin/polymyxin.


For now, for most infections, even drug-resistant infections, there is no reason to use colistin/polymyxin.  Over the next year, we will be able to treat even more resistant infections without using these ineffective and toxic drugs. The only reason to continue their use is the cost of the new drug therapies.  But when compared to the cost of kidney failure and mortality, what are we talking about?
Posted by David Shlaes at 10:42 AM