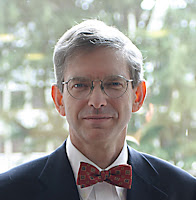 On 1 Mar 2017, FDA hosted an eagerly awaited workshop on animal models in support of narrow-spectrum agents for A. baumannii (Abau) and P. aeruginosa (Pae). It was a full & interesting day at the end of which my confidence that we can plausibly complete acceptable registration programs for narrow-spectrum agents for these two pathogens (and others that are even less frequent) is really improved. (For links to workshops and references – see my notes below).

We don’t have all the answers, but the basic shape of the answer is apparent and FDA is firmly committed to making it happen. An extended version of what I heard today is found below my signature, but here are the core elements:

First, there is an urgent need for new agents for Pae & Abau. That said, finding agents that cover ONLY Pae or Abau seems often easier than finding broad agents that also cover them.

Once a candidate is identified, the clinical development program is very difficult. This was discussed at length last summer and the problem is that the relative rarity of these infections makes Abau- or Pae-only agents hard to study at standard statistical strength. There’s been discussion about using the Animal Rule (aka, Tier D) as an approach, but this doesn’t seem plausible as Abau and Pae lack the explosive virulence that makes primate models of plague et al. so compelling in that context. Also, most of the Animal Rule agents were already approved for other uses.

So, and for new agents, we’re now into the land of Tier C where we use strong animal models + at least some clinical data to achieve approval. This is not a path to be pursued unless there is no other choice, but it is a path we should make available.

And that, then was the point of the 1 Mar discussion. The essential elements that emerged were that the animal model program would be some combination of exhaustive PK-PD exploration in smaller animals (mostly mice) followed by a small number of confirmatory studies in larger animals (up to and including pigs). The larger animals are intriguing for the ability to do all the things you see in man ­– extended infection courses with substantial life support. Importantly, all models would incorporate internal controls using humanized exposures of control agents that both should & should not work.

The clinical program would, simply put, be as much data as you can generate. Having at least some clinical data is critical on my levels to making a compelling case both to the ID community and the payers. As just one motivation for working hard on this, experience in Europe with Exceptional Circumstances approvals shows that products do not do well unless such are provided.

As stated above, I see this as a strong step. The next iteration in this debate appears likely to be the 14-15 June 2017 NIAID-sponsored workshop on PK-PD (no link yet for this – but do mark your calendar). Exciting times!

Extended notes from the 1 Mar 2017 FDA workshop on animal models to support narrow spectrum agents
1.     There is an urgent need for new agents for P. aeruginosa (Pae) and A. baumannii (Abau)
a.    Infections due these pathogens have high mortality and resistance is real and common
2.     But, It’s really hard to find drug candidates that include Pae and Abau
a.    Some companies have made progress by narrowing their focus to JUST Pae & Abau
b.    Compelling narrow-spectrum candidates vs. both bacteria have now emerged
3.     Frustratingly, developing an agent limited to one of these pathogens is really hard
a.    An FDA workshop last year (Drug X-1, 18-19 Jul 2016) showed how tough it was
b.    Today’s workshop picked up where last summer’s left off and began with presentations on Unmet Need followed by brief reviews of two drug candidates (Polyphor and Entasis)
c.     These companies both proposed programs that might (just barely) be feasible
i.     But, just barely … and not proven
d.    And, what about Stenotrophomonas or something else even more rare and difficult?
a)    So, the workshop today asked what be required of the animal models if want to seriously entertain a Tier C-type data package (Rex JH et al. Lancet ID 13:269-75, 2013) for approval of a new agent:
e.    Tier A: Multiple standard P3 trials
f.      Tier B: One standard P3 trial
g.     Tier C: Zero standard P3 trials but some clinical data
h.    Tier D: No clinical data except for safety
4.     Tier D (aka, the animal rule) is not a consistently plausible path. Prior uses of this rule have depended on
a.    The incredible virulence of the bacteria (plague, tularemia, anthrax)
b.    The fact that a very aggressive infection is produced easily with a low inoculum in healthy animals
c.     The fact that infection pathogenesis looks a LOT like the infection man
5.     But, Pae and Abau do not lend themselves to such simple and clear animal models as
a.    Healthy hosts are often very resistant to infection
i.     Hence, we often have to manipulate the host

ii.     Degree of mimicry of infection in man is not as high
b.    Not all strains are equally virulent

6.     So, and if a clinical trial with standard statistical dimensions is NOT possible, can we (how can we) lean more on PK-PD?
7.     Q: Can we? A: Yes, provided
a.    We are completely transparent about why we’re doing this
b.    We make it clear that stronger clinical data simply are not feasible
c.     We describe the limits on the overall dataset in the product label
d.    And the community is suitably cautious about their use
8.     Q: How can we? A: The basis of approval might thus be (and this is subject to further discussion)
a.    Clear demonstration of target PK-PD parameters in multiple small animal (mouse) models – various sites, various strains
b.    (perhaps) some confirmation of this in a medium-sized animal (rabbit)
c.     And finally (perhaps) very limited confirmation in a well-standardized large animal model (e.g., pig)
d.    Across all models, make use of benchmark control molecules
i.     Give humanized exposures with drugs that should / should not work
ii.     Use standard benchmarks to prove the model is sensitive
e.    And finally, collect whatever clinical data you can.
i.     Statistical interpretation then makes allowance for the clinical trial limitations
ii.     You could think of this as using the animal data to support a larger alpha or a Bayesian prior