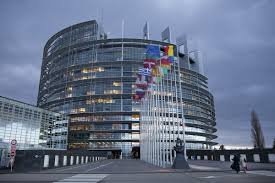 Last week, the European parliament released a resolution on access to medicines in Europe. There is a good deal in the resolution noting the important threat of antibiotic resistance and emphasizing that the problem must be addressed. But while Europe through the European Commission, controls drug regulation through CHMP and the EMA, it has no control over drug pricing and reimbursement.  That is left to individual national authorities. As a result, one might view the resolution through the eyes of European nationalists.  In their view, Europe as an institution is unalterably divided, weak, conflicted and unable to come together to influence policy. While in many areas this is clearly not true, in the case of antibiotics, Europe is reduced to dithering because of this lack of control over the key issue of pricing and reimbursement.  And this comes at a time when we need a unified approach.  To see what I mean, I highly recommend that you try wading through the report yourself. But I’ll try and highlight a few of the key issues for you.

Parliament welcomes the IMI initiatives – a public-private effort.  That’s good because European taxpayers are providing much of the funding for IMI. At this point, IMI is cooperating with BARDA and the Wellcome Trust on projects that fund antibiotic research and development.  IMI seems to have a very diverse funding portfolio where antibiotic research plays a relatively minor role – but every little bit helps.

The European regulators have been leading lights in our efforts to get feasible pathways to develop needed new antibiotics targeting resistant pathogens (see my blog – towards the end of the page). The parliament recognizes this, but at the same time cautions the regulators to put in place measures to ensure patient safety.  But, of course, the regulators have already done this by providing for post-market reviews and other measures to continually monitor the safety of drugs approved with less or even minimal data. So, what does the parliament’s caution to regulators mean?

The major issue facing us is one of money.  The purse strings in Europe are still held by the various national authorities. So, in this most important of domains, the parliament attempts to offer advice.  But the advice is, at best, contradictory. On the one hand, parliament notes the threat of antibiotic resistance and the market failure that led us to where we are.  On the other hand, it decries the fact that new drugs are becoming so expensive as to threaten national budgets. Parliament rightly states that cost-benefit and pharmacoeconomics should be used to set prices – tying price to value.  At the same time, they suggest that health technology assessment agencies (like NICE in the UK) be used to guide national negotiating and pricing positions. I’m worried that this will lead to the necessity for clinical superiority studies of all new antibiotics active against resistant pathogens in order for them to achieve the kind of reimbursement that will be necessary to provide companies with a return on investment.  I don’t agree with John Rex’s position that such studies are almost never appropriate.  I do believe that if we are considering them (as for pathogen-specific antibiotics) they are unlikely to be sufficiently powered in clinical trials leading to approval. The studies leading to approval are going to be highly dependent on non-clinical data including both in vitro findings and especially PK/PD in animal models as John discussed in his blog last week. Will HTAs be willing to use the same data as regulators to establish that an antibiotic clearly active against resistant pathogens is superior to the antibiotics to which the organism is resistant or will they demand a non-feasible clinical demonstration of such?


In sum, Europe struggles as does the US, to find a way to provide a meaningful return on investment for companies who invest in the discovery and development of antibiotics that will be sorely needed to stem the tide of resistant infections. In general, the effort to fund the research side of things (led by the US and UK in my view) has been a successful one. Where we all fail is at the end game – paying for a desperately needed new product without which lives would be lost unnecessarily. On both sides of the Atlantic, the issue is swallowing the fact that such products will, inevitably, require an investment that was hitherto unforeseen.