Urinary Tract Infection and the FDA 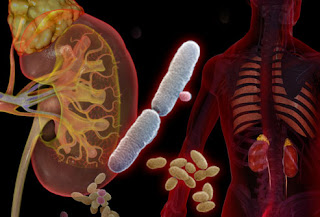 This week, as a result of a casual conversation with another antibiotic developer, I took a look at the FDA’s Guidance on developing antibiotics for urinary tract infection that was released last year.  Being retired, I no longer follow all this as closely as I did when I was consulting. I was surprised to find one particular change in the description of the required analysis population fort these trials.

–      The microbiological intent-to-treat population (micro-ITT population): All randomized patients who have a baseline bacterial pathogen on culture of urine or blood that causes cUTI against which the investigational drug and control drug have antibacterial activity. . .

What does this mean?  You are carrying out a clinical trial of a new antibiotic compared to an older one in the treatment of urinary tract infection. During this trial, it will probably take 2-3 days before you get your microbiology results from the lab.  During this time, any given patient will have been treated with either the older antibiotic or the newer one on a randomized and blinded basis.  IF the pathogen happens to be resistant to either drug, you must exclude the patient from the analysis population. Hopefully, since the new drug is, in fact, new, you will be unlikely to see resistance to it.  But, for any older antibiotic, you may see resistance. If the lab result comes back and says you have a resistant strain – what should the physician do? Obviously, if the patient has not responded to therapy – the patient is removed from the study and therapy is changed.  If the patient is responding to therapy, the physician can either decide remove them from the study or not – why not?  The clinician does not know which drug the patient is receiving.  At the end of the study, it is likely that those in this situation will have failed therapy more often than those where the pathogen was fully susceptible.  Surprise.  But – that’s the real world, folks. But – if all these patients must be removed from analysis at the end of the study, the numbers of patients required for study will increase based on the rate of resistance to the antibiotics used in the study.

So what? Well – if the trial is for a drug that can only be used intravenously, you could use a comparator older antibiotic where resistance is less likely to occur like the carbapenems. Even there, you may see a few cases of resistance.  But, if your drug can be taken orally, you would like to use a comparator that can also be taken orally.  The only, or at least the main, alternative out there is levofloxacin. In areas where we run these trials today, Eastern Europe, the Middle East, Russia, South America, levofloxacin resistance rates are elevated.  Therefore, you will pay a price (having to study more patients) for innovating a desperately needed orally available drug to treat Gram-negative superbug infections because the resistance you want to fight actually exists.

Why did the FDA make this change?  I asked – they’re not talking. So I speculate on what they might be thinking.

This will “level the field.” My response – in the real world, the field is anything but level.

“We don’t want to see studies claiming superiority of new antibiotics against comparators where the pathogens studied are resistant.”  Ahem.  Excuse me. The entire basis of the PK/PD arguments that new antibiotics will work against resistant organisms is that they will work against these strains. The trial that I described and that we had done in the past is merely a clinical demonstration that PK/PD is correct and reflects the world we live in.

“Why are we arguing over 10, 20 or even 30% more patients to study? You can afford it.” I won’t even bother responding to that one – been there before.

From the point of view of companies, one of their greatest challenges is going to be to explain the PK/PD justification for the activity of new antibiotics against pathogens resistant to older antibiotics. I know that for those working in the field and now even for regulators, this concept is an obvious one.  But for the physicians who prescribe antibiotics, most of whom are not infectious diseases specialists, the argument is not easy.  As I noted in a previous blog – this will require a great deal of education. Clinical trials that demonstrate the truth of the argument can only help in this regard.