Congress and the FDA - Show us the Money! 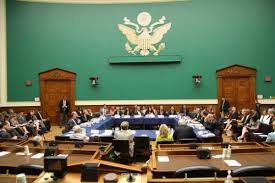 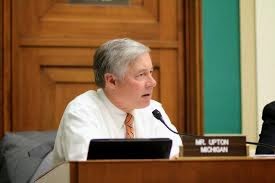 Well – the US Congress is at it again.  It seems like they will do almost anything except spend money where its needed. There is a very comprehensive bill called 21st Century Cures a draft of which is available here. I only paid attention to the section on antbiotics – but I will admit that in this bill, congress proposes to increase the NIH budget all of 10% over the next several years!   The antibiotics portion of the bill reflects previously proposed legislation like PATH and ADAPT and others going back maybe five years or so.

There is one useful item in the antibiotics proposal – it requires the FDA to establish a website dedicated to updating susceptibility breakpoints for various antibiotics. The idea is to accelerate the updating process and make it “FDA” official such that manufacturers of testing devices are obligated to keep up – something they do not do now since the FDA is usually years behind the curve on this.  Of course, the FDA has the authority to do this already – the only thing the legislation would do is make it a law – they would have to do this.  At the same time – is congress providing budget for this?  Of course not.

A bigger issue for me is the availability of susceptibility testing methods when a new antibiotic is launched on to the market.  Right now, there is usually a one year lag since until approval there is no official FDA designated susceptibility breakpoint for the antibiotic.  One way to change this would be for the FDA to provide a provisional breakpoint to the susceptibility testing device manufacturers before approval so that a test would be available when the antibiotic is available in pharmacies.  But that is nowhere to be found in 21st Century Cures.

The rest of the proposal goes through establishing a rapid pathway for antibiotics meeting unmet medical needs – usually related to resistance, but also to various allergies and intolerance that might be addressed by new and efficacious alternatives to marketed drugs. But the FDA has already done this.  They just approved a new antibiotic – ceftazidime-avibactam – based primarily on phase II data – just the sort of rapid process they outlined in their guidance on developing antibiotics for unmet medical needs.  So why do they need legislation for this? Even Janet Woodcock seems to think that the FDA does not need additional authority for this – listen to her testimony from April 30 here. She does seem to like the idea that the authority they already have will be codified – but I guess I don’t understand why . . .

But if you think about all the things the FDA has to do – from food safety to the supervision of drug manufacturing to the approval of new drugs to surveillance of the safety of drugs already on the market – what they really need is money.  They have the authority to do all this (except of course for supplements – but that’s another story).  The FDA regulates products that account for about 25% of all consumer spending. What they do not have is enough budget to do all these things. A 2007 workshop from the Institute of Medicine dramatically shows the inadequacy of FDA funding.  The congressional funding for FDA as well as its user fees have essentially been flat for at least the last three years. In spite of this, if you look at FDA’s performance on drug approvals – they are the fastest regulatory agency on the planet. This is a good thing. While FDA’s responsibilities continue to increase, funding does not.  This is simply not tenable.  We are seeing this with issues of food safety, drug manufacturing and the continued problems with adulterated and fraudulently labeled supplements (that needs entirely new legislation).

So – Representatives Upton and DeGette – let’s start talking about money for FDA!