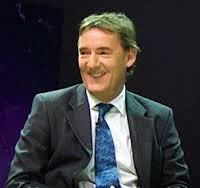 Since the appearance of Jim O’Neil’s last report, there has been a surge of international (virtually all ex-US) thinking about how to approach the problem of antibiotic resistance. Most recently, the WHO approved a plan to combat antibiotic resistance that included a plan to develop a plan to support new investment in antibiotic research – if you see what I mean. Germany, holding the presidency of the G7 Summit this year, will introduce a plan to provide international funds to support the development of new antibiotics to combat resistance. Part of this plan will be to designate these antibiotics as orphan drugs – a topic they have already raised with the European Commission and upon which I reported recently in this blog.

All of this is nothing but good news. But I still have a problem with seeing, in a practical way, how any of these good intentions will turn into the effective use of dollars (or more likely Euros) as an incentive that will attract companies (back) to antibiotic R&D. Whatever the plan is, it must be crystal clear and must lack the usual bureaucratic intricacies of the usual WHO and EU funding mechanisms. It must also involve large sums of money as noted in the O’Neill report - $1-3 billion per antibiotic aiming for around 10 new antibiotics over the next twenty years.  That’s a lot of money.  Of course, compared to O’Neill’s worst-case scenario of no working antibiotics and a $100 trillion hit to the world economy, it’s a drop in the bucket.

It seems likely that something involving actual funding will come out of all this. How it will work in reality right now is anyone’s guess.

If I were a pharmaceutical company who was not active in antibiotic research today, I would be making plans to be there tomorrow. A couple of companies that come to mind are Vertex and Gilead – especially Gilead.

Vertex has dabbled in antibiotic research in the past and finally gave up the ghost several years ago.  Bad timing in my view – but, given their lack of productivity, maybe it was not the wrong decision at the time.  Maybe now is the time to rethink.

With the entry of Gilead’s high-priced drugs for Hepatitis C to the market place over the last two years, their earnings have soared.  Analysts and investors are asking how Gilead will be able to continue to grow?  Will this require an acquisition?  And if this were to occur – in what area of pharmaceuticals should it focus?  Well Gilead, here is your answer – antibiotics. Of course, this is not so easy since the only large antibiotic franchise that might still be available for “partnering” if not a complete takeover is that of AstraZeneca.  But with their pipeline around the novel B-lactamase inhibitor avibactam, this would be attractive.  That is, it would be attractive if AstraZeneca is reasonable in its demands. Of course, AstraZeneca could do with some rethinking as well, as I have been saying for the last two years. 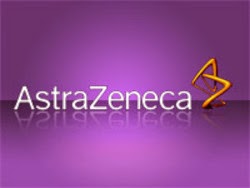 So, I remain skeptical that organizations like the G7, the EU and the WHO can actually get their acts together to come up with the kind of monies we are targeting. And importantly, a clear pathway to those monies must also be provided. Nevertheless, I believe that something good will happen in the near future. This is not the time for indecision in the industry.  This is the time for bold, pre-emptive action such that you are positioned to take advantage of the coming opportunities.
Posted by David Shlaes at 2:36 AM