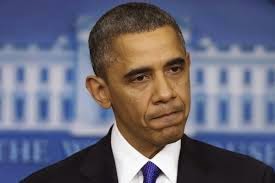 There has been much press lately about President Obama’s plan to address the growing crisis of antibiotic-resistant bacterial pathogens. And I agree with many that there is much to like in the plan.  But I also find a number of key deficiencies that will lead us nowhere.

The goals of the plan are all laudable –
1. Slow the emergence of resistant bacteria and prevent the spread of resistant infections;
2. Strengthen national One-Health surveillance efforts to combat resistance;
3. Advance development and use of rapid and innovative diagnostic tests for identification and characterization of resistant bacteria;
4. Accelerate basic and applied research and development for new antibiotics, other therapeutics, and vaccines; and
5. Improve international collaboration and capacities for antibiotic-resistance prevention, surveillance, control, and antibiotic research and development.

Who can argue with that?

To achieve the first goal, the plan contains a number of key elements.  Among them are strengthening of antibiotic stewardship in both inpatient and outpatient settings including long term care. Surveillance is to be strengthened by providing regional reference centers to detect resistant strains in clinical and veterinary settings. Importantly, there is a plan to streamline the regulatory process for approving susceptibility-testing devices such that they are available when a new antibiotic is marketed instead of the one to two year delay that now occurs.  I like that one especially. Another piece of this plan is to establish a national database on antibiotic use.  That’s another one I like, but man, will that be hard to implement.

An obvious goal is to eliminate the use of medically important antibiotics as growth promoters in animal feed.  Wow.  What a surprise.  But the plan does not include an outright ban. Rather, it supports the FDA’s efforts, which could ultimately succeed, I suppose, to get the industry to back off. But why is there such consternation around an outright ban? I don’t know.

One piece of the plan calls for establishing a susceptibility-testing network for animal pathogens.  It seems like this is aimed at providing better and more focused therapy for infected animals. Good idea. What this will require is an entirely new approach to animal pathogens including setting breakpoints for what is considered resistant or susceptible in different animal species.  Right now, the assumption is that animals are humans – which I can tell you - physiologically, they’re not. Who is going to do all the sophisticated PK/PD experiments in the different species to establish these breakpoints? Is there going to be funding for this piece?  Or is there no one but me who sees this as a possible pitfall?

The there is the section on establishing rapid diagnostic testing.  See my blog on this.  I say again.  It has to be bedside and idiot-proof.  This could take a while, folks.

Finally, there is the part on accelerating both basic and applied research aimed at finding new antibiotics, vaccines and other therapeutic approaches. But the way this is worded sounds like a way to let the NIH off the hook.  For the last 50 years, the NIH has been shortchanging antibiotic research and funneling money into the study of vaccines and pathogenesis of infections.  I don’t argue that these are not worthy of study.  I just will state that antibiotic research has always gotten the short end of this stick.  And, if I read the plan correctly, this is unlikely to change in the future.

What is glaringly absent from the plan is what was recommended by PCAST in terms of providing for a return on investment for companies who pursue the research and development of new antibiotics for resistant infections. Of course, that was the most expensive part of the PCAST report.  That report would augment funding for BARDA in its effort to support applied research in academia and industry. It would also provide for various pull incentives such as an upfront purchase or so-called patent voucher system. Without this, as far as the development of new antibiotics is concerned, the plan is another piece of paper in a long line of such.  Show me the money!!!

So here we are. There is much good here.  But it is clear that the much-touted “doubling of funding” that the press is so excited about is less than it seems. Not only that, but what makes anyone think that the President’s budget, where this plan is enshrined, will pass? If it does, will it have to do so on the back of Medicare, Medicaid or food stamps? I’m sorry – but my eyes are on Jim O’Neill and the UK for now.