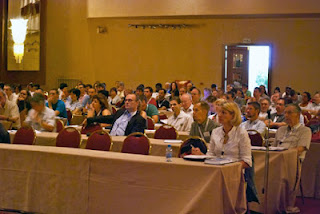 Bruce Booth’s solution is similar to one I have been pushing.  He would create geographically localized therapeutic area units with all the critical support required (I presume this is what he means) like toxicology, manufacturing, clinical development, regulatory, etc. He suggests giving them five years of budget and then leaving them alone.  The therapeutic areas would then report directly to the “top” (whatever that is) rather than to a committee. My suggestion has always been to shrink the companies altogether by giving each therapeutic area its own P&L.  That might be achieved by providing a budget (instead of profits) from the mother company or it might be (better) by allowing them to live within their P&L based on profits from revenues derived from marketed products. Essentially, what I am suggesting is taking the Centers of Excellence in Drug Discovery of Glaxo one giant step further towards independence from the leaky, unstable giant mother ship.
I have said in multiple previous blogs that this would be a great strategy for improving the situation of antibiotics within the pharmaceutical industry.
Posted by David Shlaes at 9:17 AM