Pull Incentives - An Open Letter to my Legislators

Dear Readers – please copy this and share it with your own representatives.

I am writing this letter with the express intent to goad you into doing more to prevent the emerging crisis of antibiotic resistance becoming an urgent public health catastrophe.  The most important problem preventing further progress towards ramping up our antibiotic pipeline is the broken marketplace for antibiotics. We have come to view these drugs as cheap and always available – almost like a right to cheap lifesaving medicine. We also like to take new antibiotics and reserve them for only those patients who absolutely need them in order to protect them from emerging resistance.  This is a good plan for the public health, but not so much for the marketplace. The antibiotic market no longer provides for even a reasonable return on investment in R&D for these lifesaving medicines.

You may argue that the pharmaceutical companies make billions in profits every year and that they have an obligation to pay us back by continuing antibiotic R&D even though they won’t be able to make money in this area. But these companies are there to make a profit for their shareholders. They will follow the money.  There are exceptions. But in 1990, ALL of the large pharmaceutical companies had active antibiotic R&D programs. For those special companies who continue their efforts in antibiotic R&D, given the bleak market prospects, they could abandon their efforts at any time.  Some have even been discussing this possibility. Most companies abandoned the area years ago for a variety of reasons – but the lack of a viable marketplace was an important motivation.

Why can’t the NIH or academic centers take this on?  Because they do not have the resources – but more importantly, they do not have the expertise. It would take many years of investment and education to get our academic research centers ready to take on this task. And even then there are many roadblocks to success here.

Since you have all been involved in discussions around the regulatory changes needed to assure our pipeline of new antibiotics, I don’t need to explain the importance of the problem of antibiotic resistance and its potential threat to our aging population as well as our children and grandchildren. The GAIN Act that forced the FDA to put feasible antibiotic development pathways in place was an important step. The 21st Century Cures Act that established a pathway for antibiotics to be used in limited populations with high medical need was an even more important step and I applaud you for leading this effort.

I don’t need to point out that the O’Neill Commission (as I call it) predicted 10 million deaths worldwide from antimicrobial resistance (including TB and Malaria) by 2050 if current trends continue. The cost to society globally could be as high as $100 trillion in lost GDP. 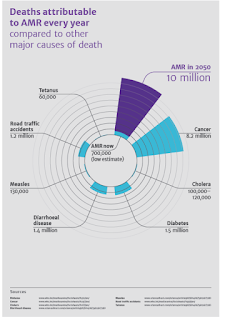 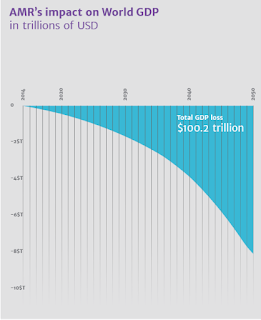 In this crisis the US, including the state of Connecticut is not spared. Nationally, the rate of highly resistant infections like those caused by highly resistant Gram-negatives called CRE has been rising as shown in the following data collected by Achaogen. 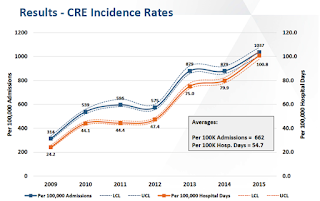 The New England area is not spared as shown in this map. 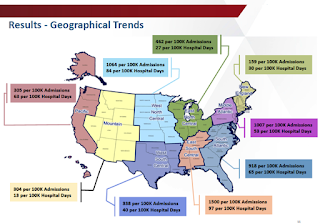 While antimicrobial stewardship and reduction of the use of antibiotics in agriculture and animal husbandry will help, even appropriate use of antibiotics will continue to select for resistance.  It’s the inevitable result of the formula – “you use it, you lose it” for antibiotics.

Improved regulatory pathways such as those already in place and those being developed by FDA will not be the entire answer either. Why?  Because the marketplace for antibiotics is broken.  Only government can fix this problem.  Without a healthy market, companies, where antibiotic discovery and development expertise reside, will not invest.  They can’t make money here – especially when compared to areas like oncology. We have seen the result of this with the majority of large pharmaceutical companies having abandoned the area starting in 1999.

The push incentives from HHS, the Wellcome Trust and others have been very powerful in helping to fund antibiotic research and development.  But they still will not be enough.  Companies need to see a viable market at the end of their R&D road.

The fix, unfortunately, no matter how it is constructed, will involve spending taxpayer money.  The funds can come from all taxpayers, from consumers of all pharmaceuticals, or from consumers of certain drugs where generic entry might be delayed by a few months. The way this will work will depend on the approach that government chooses.

Of course, the other way to fix the broken antibiotic market is to wait for the crisis to hit. A good example of this is the global pandemic of methicillin-resistant staphylococcal (MRSA) infection that hit starting around 1982. 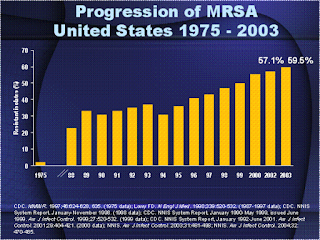 By the late 80s, pharmaceutical companies were increasing their research efforts to come up with new therapies for serious MRSA infections.  They did this because they thought they saw a market opportunity in the growing number of cases of these infections.  But it took a great deal of time for them to get something on the market. The only oral drug for the treatment of these infections, Zyvox, was approved in 1999. Cubicin, discovered in the late 80s or early 90s hit the market in 2003. How long do you want to wait for the industry to get a new therapy to market after the crisis has hit? Luckily, for MRSA we had at least one other efficacious antibiotic we could use.  But in the case of these highly resistant Gram-negative infections, our choices are limited and not very efficacious.  So how long do you want to wait?

The answer is to fix the market now – with government funding. How much would this cost?  The US share (assuming we share the burden with Europe) would probably be something like $1-2 billion per year over the next 10 years. Our share would decrease if China, Japan and other Asian nations would join us. This is a paltry amount of money compared to our national budget.

So what are you waiting for?  Are you waiting for you or one of your loved ones to encounter one of these deadly infections personally?  Are you waiting for a more politically palatable moment to act? Like you, I am not getting any younger.  And I have children and grandchildren I care about. I have worked in hospitals where I have had patients with bacterial infections for which I had little or nothing to offer. Physicians and their patients should never be put in that position. And now, you, not anyone else – but you – are tasked with fixing this. Delay just increases the risk of a situation that none of us wants to imagine.

I am ready, willing, and with a little help, able, to work with you and your staffs to construct legislation that would fix the antibiotic market. It can’t happen without you. Please help!


Stonington, CT
Posted by David Shlaes at 8:23 AM