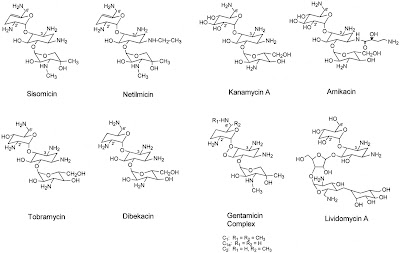 Several other studies confirm the lack of an advantage for combination therapy of beta-lactam plus aminoglycoside compared to beta-lactam alone in treating these infections. Several, like the two I noted here, suggest that there is a treatment disadvantage when, in fact, an aminoglycoside is the only active drug in the regimen.  These studies suggest to me that a few days of an aminoglycoside in the design I suggested would be anything but confounding.
Posted by David Shlaes at 1:34 PM