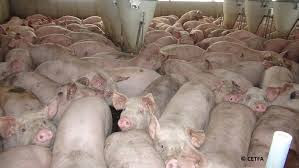 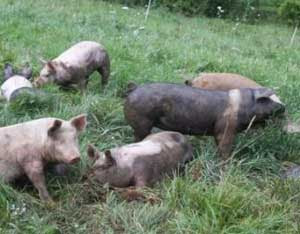 Is this how it will end for us? We use our absolutely last line antibiotic to attempt to put fat on a pig more quickly and select for a plasmid-mediated resistance gene capable of spreading worldwide? Even more galling is that China is not the only country to do this – count the US in as well.

I guess I should start at the beginning of this story. We are now living in an era where, according to Jim O’Neill in the UK, 700,000 people globally die of resistant infections every year. The most resistant bacterial pathogens we deal with today are the Gram-negative bacteria like those resistant to our next-to-last line antibiotics, the carbapenems (CRE). Currently, we can treat CRE with tigecycline (sometimes) and most often, with colistin.  Colistin is an old antibiotic discovered around 1947  and marketed in the 1950s.  It was almost never used systemically since it is  neurotoxic and nephrotoxic (causes nerve and kidney damage).  Given that colistin, at least until the emergence of CRE, was never used – no one knew how to use it or even if it actually was effective when given systemically. Since physicians are having to use colistin more and more frequently to treat CRE infections, we are now learning that it can be effective and that there are a few things we can do to lessen its toxic effects. But, no matter what, it is still not a very effective treatment and it remains toxic. On the other hand, until now, we have had nothing else to offer.

Luckily, for some CRE, we now have a new antibiotic, ceftazidime-avibactam, that should work.  The antibiotic was approved last year in the US and will be approved (I presume) in Europe very soon. But it does not cover all CRE – only some of them. Another antibiotic, wending its way through clinical trials at a tectonic pace is aztreonam-avibactam.  This will address another group of CRE. Finally, there is eravacycline – a tetracycline similar to tigecycline with fewer side-effects and the potential for oral use.  But it recently failed a key phase III trial in urinary tract infection and its future is in doubt. Further, most tigecycline-resistant bacteria will also be resistant to eravacycline. Is there resistance to these new antibiotics? Yes.  Will we still need other options including colistin?  Probably.

This brings us back to fattening pigs. A month or so ago, the Lancet reported the emergence of colistin-resistance caused by a gene, mcr-1, found in samples from animals and some human patients in hospitals in China.  This gene is carried on plasmids and can readily spread from one bacterium to another.  It has already been reported outside of China- in Malaysia and now in Europe. The origin of the gene?  Feeding colistin to pigs to promote growth. Who besides China allows this practice?  The United States – that’s who.

Do we even need to use antibiotics to cause more rapid growth of animals?  Probably not.  A raft of studies has shown that with more advanced farming techniques, antibiotics as growth promoters add little (less than 5%) to the value of meat produced. True – that with poor technique like overcrowding and unsanitary conditions, antibiotics seem to be more important – but why don’t we work on bettering conditions for raising animals rather than relying on antibiotics.  Also – if we have to rely on antibiotics to promote growth of animals, it is the height of stupidity to use the one that is our absolute last hope for highly resistant human pathogens.

Unfortunately, even if we could do better in the US – and if we had an effective FDA we could – we also need to address this problem globally, including in China and other Asian countries with whom we have signed a new trade agreement. If we don’t address this now, at home and abroad, we will lose our ability to stay ahead of bacterial resistance altogether.

– and this might just be how it all ends.
Posted by David Shlaes at 9:39 AM