I just returned from the annual Infectious Diseases Society of American (IDSA) meeting in San Diego where I gave a presentation entitled, “New Regulatory Pathways” for antibiotic development. As I entered the convention center on Thursday morning, I ran into a senior academic member of  IDSA.  “I’m looking forward to your talk.” He said. “Do you know what is going on at FDA?  They are not allowing companies to pursue pathogen specific antibiotic trials even though this is clearly part of their published guidance.” Since I have retired, I had no idea what he was talking about.

The talk I gave was relatively optimistic.  I said that based on the FDA reboot of 2012, their new guidance documents and their recent approval of ceftazidime-avibactam based primarily on phase II data, regulatory pathways appeared to be functioning well. One sponsor asked a question regarding the use of pathogen-specific pathways and how that could be accomplished.  I had covered that in my presentation – but I said that since POL7080 from Polyphor, an antibiotic only active against Pseudomonas, would have to follow such a path, we would have our answer very soon. 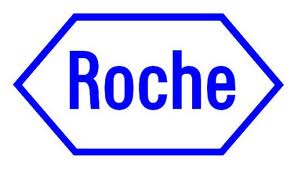 After the seminar, a clinician from Roche-Genetech approached me to inform me that Roche had returned POL7080 to Polyphor. She explained that part of the problem was that they could not reach an agreement with FDA on a feasible pathogen-specific trial design to develop the drug.  When I enquired as to what happened in Europe, she said that EMA was enthusiastic about their proposal. Their proposal, as she explained it, was to carry out a retrospective study of patients with infections at a variety of sites (mainly pneumonia and urinary tract I presumed) caused by highly resistant Pseudomonas.  The point of the study would be to determine the response rate to standard of care therapy.  This response rate would then be the control rate used to construct a superiority trial of POL7080 in such patients. Patients would be entered into the retrospective study based on the proposed inclusion and exclusion criteria that would be used in the later, open-label trial of POL7080 to treat these infections. This kind of approach is included in guidance both from FDA and EMA.

As I said, apparently the regulatory problem with FDA was only a part of the reason the drug was given back to Polyphor – but it was the first explanation offered by the clinician who approached me.

Later, a second company related an identical story for a completely different antibiotic and a virtually identical design proposal.  The FDA turned them down while Europe was enthusiastic.

My response to all this was what it was during the FDA craziness preceding the 2012 reboot.  Do your trials under the aegis of the EMA and present the FDA with a fait accompli.


So – no – I have no idea what is going on at FDA.  But I did just get a response to an email I sent to FDA.  They would like to chat - so I promise a follow-up to this story.