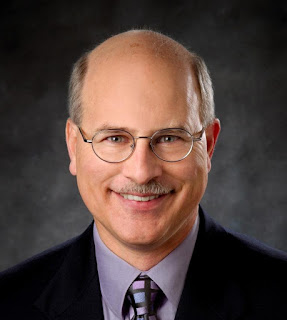 The announcement by the US Department of Health and Human Services of a $20 million prize for innovative point-of-care rapid diagnostics has overshadowed the fact that there are already over 100 FDA-cleared molecular diagnostic tests available in the United States. Many of these tests are characterized as “moderately complex”, which means that they can be performed, not just by medical technologists, but by laboratory technicians, STAT laboratory personnel, and even nurses who have received appropriate training and competency testing. A few for influenza testing are CLIA waived. It now is possible to identify 17 viruses and three bacterial species directly in respiratory samples in approximately 1 hour, detect five species of Candida directly from a blood sample without prior culture, or identify Mycobacterium tuberculosis and simultaneously determine if the strain is rifampin-resistant directly from sputum samples in less than 2 hours. Molecular diagnostics are widely used to differentiate methicillin-susceptible from methicillin-resistant Staphylococcus aureus strains directly from blood culture vials in approximately 1 hour.  Molecular assays can also determine if a woman in labor is colonized with Group B streptococci in approximately 45 minutes directly from a vaginal/rectal swab to guide decisions on prophylaxis to prevent neonatal sepsis.  In Europe, a novel assay can detect 91 different carbapenem-resistance genes representing five families of beta-lactamases (KPC, VIM, NDM, OXA-48, and IMP-1) directly from a rectal swab sample in 48 minutes to aid infection control decisions.
The question of how to justify the increased cost of rapid diagnostic tests compared to traditional culture methods often arises. In response, health econometric studies have been undertaken and show that rapid detection of MRSA from blood cultures, Clostridium difficile from stool samples, and M. tuberculosis from sputum samples are all highly cost-effective even in low prevalence settings.  Perhaps one of the greatest examples of how rapid diagnostics can be cost effective and have a positive impact on antimicrobial usage is from a sexual transmitted infection clinic in London that welcomes both male and female patients but is heavily frequented by men who have sex with men. The clinic offers molecular testing for Chlamydia trachomatis and Neisseria gonorrhoeae using a PCR-based method that detects the organism in urine, throat, and rectal samples from men; and urine, throat, rectal, and vaginal swabs from women.  All the specimens are self-collected and processed on site, with results often available within 2 hours from time of collection.  Instructions for collecting specimens are provided via short videos in specimen collection rooms.  Patients enter their health information via iPads, are instructed on which types of specimens to collect, are screened for HIV, and receive a text message on their phone when their results are ready. Testing volumes over the last 2 years have soared from 10,000 specimens per annum to over 100,000, and it is estimated that they have reduced unnecessary prescriptions for antibiotics by almost 100,000 doses, while effective therapy has likely reduced transmission in this community.
Rapid molecular tests are also being used in several clinical trials of novel antimicrobial agents to aid enrollment of subjects by rapidly identifying patients with MRSA/MSSA infections, C. difficile infections, or in the near future, patients infected with carbapenem-resistant Enterobacteriaceae through testing of respiratory and urine samples.  In each case, the test results are available in approximately one hour and the goal is to identify and enroll a patient in a trial before they receive the second dose of a non-protocol antimicrobial agent.
One challenge that remains in many medical centers is to insure that results generated rapidly are communicated and acted upon with equal speed by physicians.  This has been a larger problem than one would imagine.  If a result is entered into the patient’s medical record after the physician has seen the patient that day, he or she may not look for the result until later in the day or maybe not until the following day before rounding.  To optimize the use of rapid blood culture results, many hospitals rely on their antibiotic stewardship program, infectious disease-trained pharmacists, or infectious disease fellows to make sure that the result obtained influences therapy quickly, This may mean changing vancomycin to a semisynthetic penicillin for staphylococcal infections shown to be MSSA, or discontinuing antibiotics for viral respiratory infections.
Given the breadth of molecular testing options available, why is uptake of the new technologies rather slow? Many laboratories issue newsletters letting physicians know that new rapid technologies are being brought on line, but more than a few physicians are reluctant to trust the new results, preferring instead to wait for traditional test results.  Ironically, the “gold standard” susceptibility testing methods being replaced, besides being 24-48 hours slower, are often less sensitive due to outdated breakpoints.  As the Infectious Diseases Society of America indicated in its paper “Better tests, better care”, there is a considerable educational process that is still required to bring physicians on board with the new reality of rapid results.  The positive impact on patient management and improved outcomes of molecular results are just beginning to be realized.