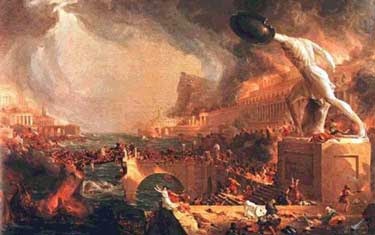 So – what do Nero, Cameron and Obama have in common?

A number of press reports have appeared, mainly in the UK, talking about Jim O’Neill’s predictions on the effect of massive resistance to antibiotics among common human pathogens.  I’m sure this is done to justify, at a later time, the kind of money O’Neill is going to be asking government(s) to spend to support research on antibiotic resistance and the discovery and development of new antibiotics. I am of the opinion that these dire predictions are unrealistic and exaggerated – the word “hype” comes to mind. On the other hand, no one should doubt the public health threat of emerging resistance.

We are constantly reminded that antibiotic resistance is not just a problem in hospitals. Recent experience in the US is a good example.  According to the US CDC,  the common GI pathogen, Shigella, which causes severe diarrhea, frequently bloody, has become resistant to the antibiotic most often used to treat the infection, ciprofloxacin. Shigella is estimated to cause about 500,000 cases of illness every year in the US alone and something like 100 million cases a year worldwide. Using molecular methods, the CDC identified a cluster of 243 cases of Shigella infection stretching from Massachussetts to California. Of the 109 isolates that tested by public health agencies, 87 were resistant.  22% of infected patients were hospitalized. The CDC showed clearly that, unlike in years past, these resistant strains can be acquired right here in the US – no travel is necessary.

It is important to remember that most cases of Shigellosis will resolve without antibiotic therapy.  But occasional cases are more severe and require therapy or even hospitalization. The emergence of resistance to the most commonly used antibiotic to treat these infections right here in the US is an important warning. Its time to get our house in order.

Shigella can be a foodborne pathogen and can be transmitted from person to person via the fecal oral route. The origin of Shigella in food is human or animal excrement or the use of contaminated groundwater for watering or irrigation. 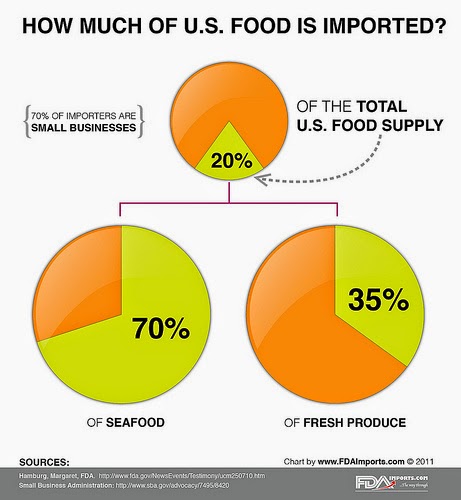 It is also important to remember that our food supply is now global. 20% of food consumed here in the US is now imported.  70% of seafood and 35% of fresh produce is imported. So not only do we have to pursue rational antibiotic policies for food here in the US, but we also need to partner with other countries who export their food to the US.

To keep ahead of this emerging resistance, many steps are required.  Reduction of the unnecessary use of antibiotics for animals, crops and for us human beings is clearly required.  This also means being able to monitor antibiotic use and the appropriateness of such use.  We have not been very good at as yet – especially on the animal/crop side of things. We're also not good at tracking human antibiotic use.  We could do a better job in hospitals and we are terrible in outpatients and in chronic care facilities.

We need to approach the entire food supply issue on a global scale.  We’re not so good at this either.

We also need a constant pipeline of new antibiotics.  To achieve this we need to stop the loss of antibiotic discovery and development within the pharmaceutical industry – especially among the larger companies that can drive such work at smaller companies and within academia.  This will require two things; money and training. The world is sadly lacking both of these when it comes to antibiotics and the US and the UK are not exceptions to this rule. Like I keep saying - show me the money!