Antibiotics as Orphans; The NY Times and Antibiotics

First, I would like to discuss antibiotics as orphan drugs. I received a note from Mark Grier recently asking why antibiotics, even those for relatively rare, highly resistant infections, are never considered for orphan status by the regulatory authorities.  As he points out, there are a few exceptions to the rule.  Antibiotics for cystic fibrosis get orphan designations.  Cempra’s fusidic acid was allowed this for oral fusidic acid in the US for the treatment of prosthetic joint infections. But I have discussed this, at least indirectly, with both EMA and FDA in the recent past. Both say that antibiotics are not considered orphan drugs.  At the time, I accepted this as just a fact of life. I always told my children and still tell my grandchildren that I don’t deal with “why” questions. But, like most children, I am occasionally drawn to the “why” of things – and this is the case for this regulatory stance.

Why might this be important?  The answer is that to obtain highly beneficial pricing and reimbursement, especially in Europe, the orphan designation is very helpful. The guidelines in Europe are very clear. The disease (not really defined) in question must occur in 5 or less individuals per 10,000 population in the European Community. But, I posed, what about carbapenem-resistant Acinetobacter infections for example? I believe that there will be about 100,000 such infections occurring each year in Europe –less than the 5 per 10,000 mark.  The disease is clearly devastating and current treatment, when it is available, is poorly efficacious and toxic.

So why couldn’t an antibiotic active against such infections be treated as an orphan under EU guidelines?  According to EMA - What you appear to be defining is a degree of severity of pneumonia, urinary tract infection and wound infections as these are carbapenem-resistant Acinetobacter infections. This would be considered a subset under the current legislation of a broader condition which would be defined as pneumonia, urinary infections or wound infections. As it would appear that these conditions would have a prevalence greater than 5 in 10,000 they would not meet the criteria for Orphan Designation so the Committee would not be able to designate the antibiotic.

My response is that this is now inconsistent with guidelines from both EMA and FDA on antibacterial drugs that allow registration for pathogen specific indications.  But whoever said that regulatory agencies were internally consistent?

Moving on to the New York Times – 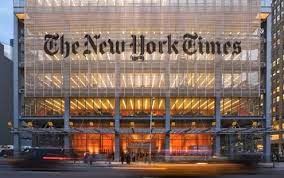 The New York Times is my favorite newspaper.  I devour it every day.  I believe that it is the best in the world (some Londoners might argue this).  So I was both overjoyed and shocked to see an editorial in the times yesterday by Ezekiel J. Emanuel who argues that we need to offer prizes for antibiotics active against resistant pathogens. I am thrilled that the New York Times thinks this is an important enough topic to warrant an Op-Ed.  And I am impressed that an oncologist like Dr. Emanuel would take this on. Dr. Emanuel’s rationale is sound and his reasoning is mostly right on track.  The figure he eventually postulates ($2 billion), which is based on the cost of getting a drug to market, is probably way overblown given the complexities of the net present value calculation and the capital costs involved in the total cost of getting a drug to market.  I was just surprised to see this article published in the Times as if it were somehow a new idea.  This approach and many many other similar approaches have been discussed ad-infinitum for the last six years or so in a large number of US and international forums.

Mossialos and coworkers, in a report from the London School of Economics, elegantly described push vs. pull incentives (Ezekiel’s prize would be a pull incentive) for antibiotics in 2009. Recent meetings at the Pew Charitable Trust, the Chatam House and others discussed similar approaches. These discussion have been a frequent topic in this blog (1,2, 3). So how Emanuel’s idea is new or groundbreaking escapes me.