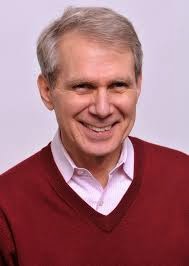 Last week (during my vacation), Losee Ling, Kim Lewis and their collaborators published a paper in Nature that was picked up by the world’s press – and deservedly so.  But most of the news articles missed the key point – at least to me.

What the press focused on was the new antibiotic discovered and described in the paper, called teixobactin.  It turns out that teixobactin represents a new class of antibiotics that binds to the bacterial cell wall and thus inhibits further synthesis of the cell wall.  This mechanism is similar to that of vancomycin, teicoplanin, dalbavancin and other glycopeptides, but teixobactin has a completely novel structure. Teixobactin was even active in a mouse model of infection.  If it ever gets developed, it will be only available by intravenous (maybe intramuscular) injection and will only be active against Gram-positive pathogens including superbugs like MRSA.

Teixobactin itself, in spite of all the hype, is not so exciting to me.  First, Gram-positive pathogens, even the MRSA superbug, are not the area of major medical need right now.  We have lots of old and new antibiotics active against these organisms.  We need new drugs active against Gram-negative pathogens like the carbapenem-resistant superbugs now plaguing patients and physicians around the world.

Also – antibiotics like teixobactin are a little like old news. We at Wyeth, and many pharmaceutical companies during the 1990s, carried out programs where we re-examined our collections of natural products going back to the 1940s when soil was being collected from around the world and screens based on microorganisms from soil were used to identify new antibiotics. We discovered an old natural product sitting around on our shelves since the 1960s called mannopeptimycin.  The extract from the culture of the producing strain was active in vivo in a mouse model just like teixobactin.  And mannopeptimycin bound the cell wall in a way that resembles teixobactin.  Alas, mannopeptimycin caused severe inflammation of blood vessels in animals both at the site of injection and at distant sites and could never progress into clinical trials. The fate of teixobactin remains to be seen as further studies of the safety of the new product are carried out.

But lets talk about the most exciting aspect of the discovery – the new method for finding new antibiotics. The way Ling et al found teixobactin is novel, simple and may pave the way to a whole new generation of new antibiotics from soil microorganisms. If you think about it, microorganisms from soil were and are the source of most of today’s antibiotics starting with penicillin, cephalosporins, strepotomycin all the way through tetracyclines, erythromycin, vancomycin, daptomycin etc. But its been estimated that you can only grow less than 1% of microbes that live in soil using normal culture media.  And to extract antibiotics from the soil, you have to be able to grow them. What Ling et al did was to take soil samples and dilute them such that they would introduce about one bacterial cell in a test tube with a membrane bottom.  This membrane would allow nutrients to flow into the test tube.  The test tube (in this case actually a small plastic well) was then placed back on the soil from which the original dilutions had been made.  This would allow about 50% of the organisms to grow – presumably getting key nutrients from the soil that are not present in normal culture media. Ling et al could then extract the growth media from these test tubes to identify those containing products that would inhibit the growth of other bacteria – that is – antibiotics. They came up with teixobactin. By carrying out such a screening campaign using large automated systems and many soil samples, someday, we might even be able to find new antibiotics active against the Gram-negative pathogens where our medical need is the greatest.  To me, this is the key finding of the paper, not so much teixobactin.

My hearty congratulations to Drs. Ling, Lewis and their entire team!
Posted by David Shlaes at 10:25 AM