Billionaires are NOT Privatizing Antibiotic Research

A lengthy article appeared today in the New York Times entitled, “Billionaires With Big Ideas Are Privatizing American Science.” The author, William Broad, is a science reporter for the Times.  He notes how government funding for research has declined in real dollar terms for years. The chart below shows that in terms of constant 1995 dollars, the overall NIH budget has been falling for the last decade. (Click on the figures to enlarge). This has been paralleled by an ever-decreasing success rate in funding grants from investigators (second chart).  During the years I was reviewing for the National Institutes for Allergy and Infectious Diseases (NIAID), their payline was never over 10%.  That means that less than 10% of the grants we would review would get funded.  At the worst, the payline was around 6%.  One meeting, maybe 30 reviewers met in the basement of a hotel somewhere for two days and scored about 110 grants.  Seven were actually funded. Don’t get me wrong.  In the study section where I was reviewing, there were only a small number of truly deserving applications – but that number was certainly more than 6%. Reviewers typically spend a minimum of two hours reviewing each grant and writing up a report of their review. Of course, someone has to do this work – but it’s no longer me. The point of this is, as Mr. Broad has pointed out, government funding for research is going down the toilet in this great world power of a country. (Caveat – BARDA has been a wonderful exception here). 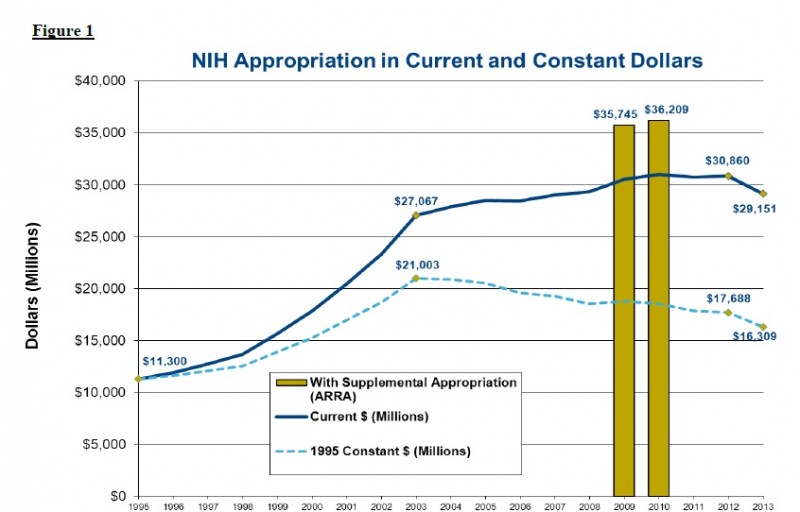 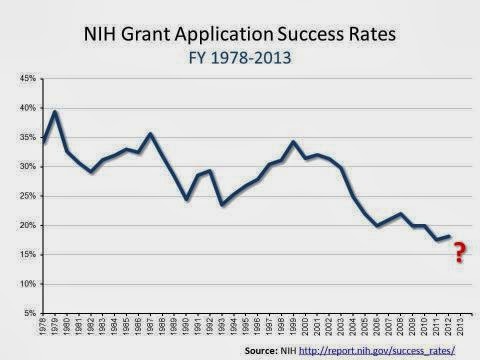 What appears to be happening is that, increasingly, billionaires are funding research.  According to Mr. Broad, what are the areas most likely to get money? Cancer – especially prostate cancer (most of the billionaires are men and some have had prostate cancer) - surprise. Other subjects popular among the philanthropists include the environment, exploration, aging and genetic diseases. Gee – what is missing from this list?  Oh – antibiotics and antibiotic resistance! The closest thing we get to support for that comes from the Gates Foundation and their work on malaria and TB.  This is wonderful and sorely needed – but what about resistance among Gram negative bacilli?  What about new antibiotics to treat resistant infections?  If we leave this totally up the pharma, we could be in trouble.  Don’t we need to hedge our bet here? Apparently, all the talk of the second coming of the pre-antibiotic era has not been enough to get the attention of the billionaire research patrons.  Why not?
I think it’s all about whom you know and who knows you.  I just don’t hang out with billionaires.  Does anyone out there have a line into a billionaire who might be interested in establishing an antibiotics research institute?  Lets make it non-profit and evergreen. Lets make it competent and staff it with academics who have spent time in industry and with ex-industry scientists with expertise on antibiotics.  There must be a ton of them out there looking for jobs given what’s been happening in pharma over the last 15 years. We could even make the institute, at least partly, geographically dispersed and connected virtually.
In the meantime, we have to hope that more pharma companies will get back into the antibiotic game and that they will do so competently.  I don’t think that there is any hope for a strong presence of government funding here.