Roche - With Polyphor They're Back!!! 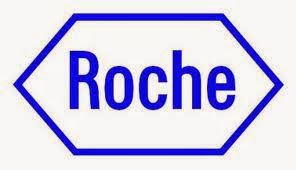 For several years, I noticed that a person or persons unknown at Genentech, then  later at Roche, was reading my blog.  I knew from discussions with friends that the company had been debating the idea of getting back into the antibiotics field but had always shied away – until this year.  In February, Roche dipped its feet in the water with a deal with RQx for the discovery of small molecule antibiotics active against Gram negative pathogens.  Around the same time, I received a call from a headhunter looking for someone to head Roche’s anti-infectives group.  I asked, “What anti-infectives group?” incredulously. They explained that they were looking for a leader with clinical and scientific expertise in antivirals, antibacterials and diagnostics where about 20% of the job would be in the antibacterial realm.  I responded that it would not be me and that I didn’t know anyone who would fit that bill. But I knew at that point that they had decided to try and get into antibacterial discovery and development – but I don’t know if they managed to recruit anyone for that position.

Today Roche and Polyphor announced a deal for Polyphor’s anti-pseudomonas drug POL7080.  Polyphor has been one of my clients for a number of years and I am extremely happy for them and for the world that this deal has gone through.  Although the upfront payment was just under $40 million, the deal terms could be as much as $500 million given that all the milestones are attained.  The drug has completed basic phase I studies and is ready for phase II development.  The development of an antibiotic that targets only a single pathogen, even one like Pseudomonas aeruginosa – one of the most feared killers of hospitalized patients – will be challenging to the highest degree. The other challenge is the commercial one. What price will Roche be able to attain for such an antibiotic assuming that they can demonstrate that it is active in patients with highly resistant Pseudomonas infections (see my blog on this)? Therefore, this is a high-risk deal.  Given the risk, I see the deal terms as being more than reasonable.

The question remaining in my mind is the following.  Can Roche do this? Are they up to this very difficult regulatory, clinical, developmental and commercial challenge?  My experience with companies like Roche, where they have exited from the anti-infectives area years ago (for Roche that would be 1999), everyone internally with the appropriate expertise to meet such a challenge is long gone. These companies struggle for years to rebuild – and even then there is the issue of corporate patience while the rebuilding struggles go on. Will the corporation remain resolved to go through with their commitments as they begin to understand the enormity of the difficulties ahead?

In this case – I am rooting for Roche! I know how difficult this decision must have been for them. I also think that the regulatory authorities must get some kudos (especially EMA but also FDA with its recent unmet needs guidance).  Without a regulatory path forward, products like POL7080 could never see the light of day. Next – we need to get to value based pricing.  Without this – the commercial prospects for POL7080 are nil and a failure based on a commercial bomb will kill antibiotic discovery and development for even more decades to come.