October is National Breast Cancer Awareness month here in the US. Breast cancer kills about 39,000 women each year.  Antibiotic resistance probably kills about the same number (in spite of a completely underestimated number of 23,000 from the CDC recently).  Do we have an antibiotic resistance awareness day?  Do we wear red armbands and run in the parks or march in Washington or have local parades to promote research on antibiotic resistance? Do we pay the same price for antibiotics (that work) that we do for cancer therapies (that frequently don’t)? 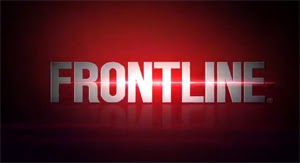 On October 22, FRONTLINE and PBS will air a very important show called Hunting the Nightmare Bacteria.  I am hoping that this will help inspire people to do something – but I know that I am almost certain to be disappointed.  For example, in our area, the show will air at 10 pm.  I’m usually in bed by then (just kidding)!  But I would have preferred an 8 pm time slot.  But the 8-10 pm time slots are taken up with a review of shows (Just Seen It), an art magazine (Open Studio) and Julie Andrews on Great Performances.  I’m sure that we will all agree that these shows are more important than anything we could say about antibiotic resistance.

About a year ago, the Frontline folks approached me with the idea for their show.  I spent several hours with them discussing the perfect storm – not the book or the blog – but the actual problems surrounding antibiotics and antibiotic resistance today.  Early on, they were very uninformed but were clearly trying to catch up quickly.  I can report that they have mostly succeeded.  In this show that I highly recommend to any and all, Frontline takes from the bedside of patients infected with these highly resistant pathogens to the council rooms of the CDC and to those of the pharmaceutical industry.  In doing so, we see the conundrum facing patients, their physicians and clinicians. The lack of data coming from CDC is highlighted as is the fact that about half of the (human – they fail to qualify this) use of antibiotics in the US is probably unnecessary.

Left out of the show are minor problems like the use of antibiotics in agriculture, the incomprehensible approach taken by FDA for antibiotics for human use, and any kind of perspective on how to make progress in the future.  About 70% of all antibiotic use is in agriculture – mostly for growth promotion in animals where small amounts of antibiotics are added to feed to increase growth rates and get animals to market faster.  Every other country in the world (almost) has given up this practice without suffering economic hardship – but not us more advanced Americans.  This is another area where the FDA must act but has successfully avoided doing so since major reports on this topic came out in 1976 and even earlier.

The most disappointing aspect of the show is that it leaves us hanging.  The show presents only half of the key problems around antibiotic resistance, does not provide any sort of concise summary for us, and also provides no way forward.  The bottom line for most viewers will be that it’s hopeless – so why bother?  Drink and be merry! So – Frontline – good job overall but lets get it a little more together next time! I give them a B.