Mortality Déjà Vu All Over Again 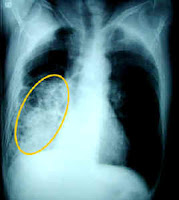 As I approach my retirement and I note with sadness the seemingly large number of friends who have contracted terminal illnesses, it is true that my thoughts turn to my own mortality from time to time.  But that is not the subject of today’s blog. Recent discussions with various thought leaders lead me back down the road of a consideration of endpoints in clinical trials of new antibiotics.  Specifically, in this case, how we will carry out trials looking at the efficacy of antibiotics in hospital-acquired and ventilator associated pneumonia.   You may remember FDA’s draft guidance on this topic (see my blog on this) where they propose all cause mortality at day 28 as the endpoint for such non-inferiority trials.  You may also remember the prolonged and agonizing discussion that took place during a later advisory committee meeting on this topic (I also blogged on this).

The FDA position is that they are unable to identify prior data on the clinical response to inadequate therapy or no therapy of HAP or VAP in the literature or in previous antibiotic trials.  Therefore, they cannot assign a treatment effect to antibiotics and therefore they have no justification of a non-inferiority margin using clinical response endpoints. Many thought leaders actually agree with this position and further claim that clinical response is vague and ill defined. So the FDA examined the literature using both observational studies and previous trials comparing inadequate to adequate therapy of these infections.  They identified a treatment effect of 42% on all cause mortality. Then, of course, they did their discounting thing to get to an effect of 20% and a proposed margin of 10%.  During the advisory committee meeting, the committee actually agreed that this margin should be calculated based on an odds ratio type approach.  This forces sponsors to carry out trials such that the patients studied have a 20% mortality (the sickest patients) and forces significant increases in trial size as you go below 20% mortality (the expected norm).  For these reasons and others, I have stated and continue to believe that this design is infeasible and that no one will carry out such a trial.

As we went ahead with the reboot process, I thought (obviously mistakenly) that the mortality endpoint for pneumonia would be dead (pun intended). Apparently it is still be actively discussed. And, in fact, as the FDA pointed out during their advisory committee meeting, if you use a different method to calculate the 10% NI margin – the relative risk method - trial numbers actually go down as mortality decreases.  In their calculation, at a 15% mortality, which is more typical of modern trials in HAP/VAP, only 287 patients would be required in each arm given other reasonable assumptions. This is feasible.  But, if the FDA, statisticians and thought leaders agree on this -  should we care? 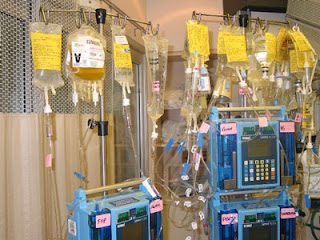 My belief, in addition to the problem of feasibility using mortality as an endpoint, is that it is confounded.  That is, many of the deaths seen in such trials are due to comorbidities and not infection.  How many of the deaths that we see in such trials are we talking about?  One good study would suggest that there is about 13% overall mortality attributable to underlying disease and not infection.  I have discussed this with Brad Spellberg – he thinks this is high and he assumes that the real number is closer to 10% or about 50-67% of the total mortality (15-20% overall) seen in current trials of HAP/VAP. Statisticians argue that for non-inferiority this is not “confounding” in their world.  In my world, it means that those deaths – at least half of them - are unrelated to infection, are irrelevant, and drive the non-inferiority trial conclusion to the null hypothesis – non-inferiority.  I have never heard a statistician say that this is a good thing (at least until recently).  Brad notes that the trial is feasible assuming you use the ITT population and not just those with a bacterial pathogen identified at baseline.  I agree.  I also think (and Brad may agree)– “who cares?”

On clinical response, there are now strong data from pharmacometrics deriving from trials of tigecycline and from levofloxacin that demonstrate that clinical response is clearly related to drug exposure and that firmly establish a treatment effect. Further, the treatment effect is large – from 40-60% depending on how it is calculated.  Just based on the set point, without doing a lot of discounting, very large NI margins could be justified.  In fact, based on this reasoning, I have proposed a 17.5% NI margin on clinical response as an endpoint in the per protocol population.  The trial uses feasible numbers of subjects and the endpoint and NI margin are well justified.

Further, clinical response is more sensitive and thus more likely to reveal a difference between treatments than is mortality. In this regard, Brad notes that four recent non-inferiority trials in VAP demonstrated that one of the treatments was inferior yet none demonstrated statistically significant differences in mortality (although two did show such a “trend”).

So – which would you prefer, an endpoint that is clinically relevant and meaningful (patient is returned to their baseline clinical status), days on the ventilator may be less, ICU days may be less and the patient is discharged alive from the hospital. Or, would you prefer an endpoint where at least half of the measured effect is completely unrelated to infection?  I know where my vote is.

And by the way – lets get some more robust pharmacometric data on treatment effect in this indication by examining pharmacometrics in the doripenem and ceftobiprole trials (that means you, FDA).
Posted by David Shlaes at 2:06 PM