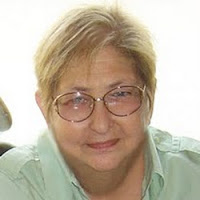 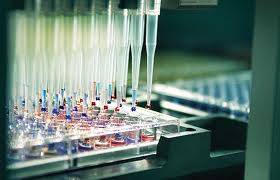 To start with the last - for most grants I’ve seen, empirical screening seems mostly applied to natural products – but this is very inefficient if not coupled with a rapid dereplication system that can identify knowns, since a very high percentage of Actinomycete and fungal fermentation broths contain antibacterial agents and a minuscule number of those will be novel.   Note that most Pharma chemical libraries, and, likely, most other publicly available libraries, have been screened empirically already.  Empirical screens could still be useful if libraries were previously unscreened, or, for natural products, if the producing organisms are themselves novel.  But any empirical screening will require extensive follow-up to establish mechanism and safety.
In vitro assays for inhibition of enzyme activity (or other readout) are prevalent in grant applications.  Standard rules for HTS obtain (in establishing z-factors, etc.), but also important is setting up assays to reflect as well as possible intracellular conditions. For example, if ATP is present in the cell at 2 mM and you use 100 ?M in the assay – you may find ATP-competitive agents that will not show activity intracellularly.

With many screens there will be no true positive control – but that shouldn’t stop you.  It is very important, however, to run many negative controls,  antibacterials, possible interfering compounds – as false positives and high hit rates will complicate screening and require a good deal of counterscreening to eliminate.   In writing the grant, discuss planned controls, possible pitfalls and remedies.  As Dave noted in his initial write-up, many in vitro screening hits will not have the physicochemical properties necessary to enter the cell and will lack antibacterial activity.  This is especially true for Gram-negatives which have a tougher permeability barrier and more contribution from efflux pumps than do Gram-positives.  What will you do about it?  How do you plan to optimize in vitro hits to gain antibacterial activity – and, importantly, show that any antibacterial activity you do develop is related to enzyme inhibition?  In the same vein – you may find that your hit has antibacterial activity – but you must, very early on, establish that the antibacterial activity is indeed due to inhibiting your selected target – because this is very rarely true with screening of synthetic libraries.  Some pointers on connecting in vitro to whole cell activity may be found in O’Neill and Chopra (2004. Exp. Opin. Invest. Drugs 13:1045-1063) and Silver (2011. Clin. Microbiol. Rev. 74:71-109).

One way of making the connection is to have a phenotypic assay which will give a whole cell readout that indicates a specific kind of effect on cellular physiology.  For example, inhibitors of cell wall synthesis should cause Gram-negative bacteria to form spheroplasts in osmotically stabilized medium.  And extraneous toxic properties of the hit should prevent spheroplast formation – so spheroplast formation is a good indication that a step (or steps) in cell wall synthesis has been inhibited.  In fact, the spheroplasting assay was used at Merck and at other pharmaceutical companies from the early 1960’s as a primary screen for cell wall inhibitors.   Thus phenotypic assays may be used as secondary to primary in vitro screens but also as another primary screening paradigm.  And primary screening with a whole cell phenotypic assay has the great benefit of selecting for compounds with activity against the whole cell.

Other phenotypic screens may use engineered bacterial strains to turn on a reporter gene if a specific target or pathway is inhibited – for example by taking advantage of stress regulons (see Fischer et al. 2004. Genome Res. 14:90-98), by specifically downregulating a desired target (for example by turning on antisense; see Singh et al. Curr. Opin. Drug Disc. Devel.  10:160-166) in order to sensitize to inhibitors or using a pair of strains engineered so that one should be sensitive to an inhibitor while the other is resistant (see Testa. 2003. Curr. Pharm. Biotechnol.4:248-259 for a screen for inhibitors of the non-mevalonate isoprenoid synthetic pathway).  Concepts of cell based screening are discussed in Mills and Dougherty (2012. pp. 901-929. In Antibiotic Discovery and Development.  Eds. Dougherty and Pucci. Springer.)  As with any antibacterial screening methodology, hits must followed up with tests of specificity (hitting the desired target[s] only), selectivity (hitting bacteria and not their hosts) and testing and optimization for the many layers of necessary pharmacological requirements for development (which presumably Dave or another guest blogger will discuss.

In writing screening grants, first read as much of the literature on screening as you can and recognize that there has been much of it done over the past 50 or more years.  It raises the reviewers’ hackles to read a dismissive introduction that says antibacterial screening has always been done empirically and now you will do it rationally.  It has been done rationally – BUT it must be noted that almost all the classes of antibacterial drugs in clinical use were FOUND by empirical and not rational methods.  Thus it would behoove us all to consider why such approaches haven’t worked so well (see Silver. 2012.  Clin. Microbiol. Rev. 74:71-109 and Gwynn et al., 2011. Ann. N. Y. Acad. Sci. 1213: 5-19) and approach new projects and grant-writing with an aim of improving on the past.
Posted by David Shlaes at 11:15 AM