Introducing the Pasteur Act for AMR 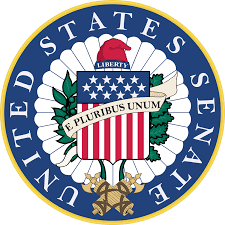 WARNING - This is long!

Today, I discuss the Pasteur Act, a new bill proposed in the US Senate by senators Bennet and Young, with Ryan Cirz. You can find a summary of the bill here and the full bill (as it stands) here. The Pasteur Act proposes a subscription plan not dissimilar to what is being implemented in the UK and Sweden.  The plan will purchase a specified number of doses (or the rights to such) at some price over a multi-year period.  The total commitment proposed over up to 10 years is not less than $750 million and not more than $3 billion! The proposal only covers federally funded programs such as Medicare, Medicaid, VA, etc. There is a statement that encourages HHS to encourage participation by private payers . . .The bill is planned to assure sponsors that they will have guaranteed income in the absence of marketing – a delinkage between sales volume and revenues. But, will it actually work that way?

Ryan Cirz:  We have a math problem in the field.  Revenues are limited by price x volume.  Durations of therapy are generally short, so volume is ~ number of patients.  Either price or number of patients must go up for products to be sustainable in the marketplace.

Enabling higher pricing is the focus of the DISARM act (an Act I believe is needed to make the PASTEUR act function properly and drive optimum behavior).  The low number of patients can be solved two ways:  just wait until there are more patients, or artificially bolster the economics by ‘buying’ access to more drug than you need at that moment in time – the latter is what I perceive PASTEUR as attempting to do.

I’m sure some readers are thinking ‘if there aren’t that many patients, maybe there’s no need and we shouldn’t spend taxpayer money on this!’ – hey, maybe that’s correct.  I will say 37 years ago we decided <200,000 patients/year didn’t make a market, but we didn’t want to leave those patients without treatments – hence the Orphan Drug Act.  Here we are talking about a current market size where there are only 10,000 or 50,000 patients – and antibiotics cure people fast (unlike most orphan drugs) – so it’s no wonder the market is breaking.

If you are in the camp that you’d rather just wait until there are sufficient patients for the market to solve itself, it’s important to remember the vast majority of patients’ experience with an antibiotic is during its much longer lifespan as an inexpensive generic.  If you want those generics to exist in the future, there must be a way to reward the innovator companies (more importantly, their investors) during the short, branded years after launch – then 10-15 years later, when the market is big, society gets cheap access ad libitum.

There are other examples of this in the US.  One is the State of Louisiana’s subscription for HCV therapeutics for their Medicaid population. In that case, Louisiana guarantees a purchase of a specific number of doses of these drugs at a negotiated price (lower than the usual retail price). The company is guaranteed revenues upfront. The State saves money over the number of patients treated and – therefore – can treat more patients.  This is a win-win for taxpayers, patients and Louisiana.

1.     The subscription is for government payers only.  While this is a large number of very key payers (VA, Medicare, Medicaid etc), it does not include private insurers. The bill encourages HHS to encourage private payers to participate, but how will this work exactly in your opinion?

Full disclosure:  I have no idea how this will work – related though - I prefer a system with a de-linked incentive and a natural competitive market. My fear is, without some sort of competitive market, there will be regression to minimum standards to be eligible for a subscription contract.  There are infinite parameters that can be dialed when designing and developing a drug and without market forces, the pressure to strive for the very best you can achieve will be absent.  So I’m open-minded as we start to really experiment and get specific with these pieces of legislation but hoping we have a stabilized base of revenue from a PASTEUR-type system and perhaps leave the private payer market separate so there’s reason to compete to make the very best product – even within the subscription tiers – TBD as things unfold

2.     If I am a hospital pharmacist, when I order an antibiotic covered by Pasteur, will I need to pay the upfront price to stock the drug before being reimbursed by a payer one patient at a time?  I don’t know the answer to this and neither does Ryan (apparently). But I suspect that hospitals will have to pay upfront to stock the new drug.

3.    If I am a sponsor, will I need to work to get my product on the formulary (assuming I have to pay to stock the drug)? How much will this interfere with the presumed delinkage of the model?

This is a great question because it costs a lot of money to support formulary review.  Pharmacists often depend on the sponsor to generate additional data beyond what’s in the approval package – sometimes even assembling the information for the hospitals.

DS here – In my view, Pasteur will have to have a contractual mechanism obligating sponsors to support formulary decisions in hospitals.

4.     If I am HHS, how will I determine how many doses to order and how do you see price negotiations progressing?

This is an open question I have – and where I could see things breaking down if there isn’t a normal competitive market to supplement the subscription.  The only super clear number to me is there will be an annual payment and the totals for all payments will range from $750M - $3B.  Also, revenues from federally insured will be subtracted, but at what unit price?  The only information is a price floor, which I assume is there to avoid enticing use over expensive generics like carbapenems.

If there is a set number of doses that must be available, that imputes a price per course.  If the number of doses that must be available is determined based on disease prevalence, then could that entice people to go for the rarest condition as long as it qualifies for the highest reward? – why? - if I only have to supply super small numbers – I don’t have to worry about cost of goods, re-stocking, or frequent pharmacovigilance reporting…

It would be important to see just a bit more detail on the proposed mechanics here.  For a number of scenarios I can picture, having some component of a normal competitive market may help counteract some behaviors I could see going awry in a subscription-only incentive world.

6.  If I am a sponsor, how will this effect my development, post-approval development and marketing plans?

If PASTEUR passed tomorrow, for me at least - I’d say no change right away to the pipeline focus.  It will take quite a bit of time to spin up the committees and see how the different tiers are defined.  There’s even some funding to bridge that initial period – Pandemic stockpile purchases and contracts that could provide post-market development support.

We need to see how this committee values different attributes – of course we can all predict the types of things that would drive value of an award.  HABP/VABP label > cUTI/cIAI; including non-fermenters is a higher value tier. (From DS – an oral cUTI drug active against high priority pathogens would also be1st tier I would think).  But nuances around narrow vs. broad spectrum (do I just need 1 non-fermenter or many?), what discounts apply to the almost infinite spectrum of safety considerations, and my fear novel mode of action, and not novel spectrum of activity will be the definition of novel could swing the incentive structure quite dramatically.

So I’d do what I’ve always done – keep a diverse pipeline of assets at different stages of maturity so you can pivot as the rules change.  Perhaps some pipeline programs that clearly have no hope in the current reimbursement environment (say a narrow-spectrum inpatient only program) you might push a little further along at risk if legislation passes – but otherwise no immediate change until we see how value is defined.

Post-approval plans – it seems obvious that one of the goals of PASTEUR would be to provide some incentive for label expansion.  While it’s not explicitly stated, there is language around ‘upgrading’ your subscription tier at a later date.  So for example if I come up with a drug active against CRE/CRAB/CRPA and initially develop it in cUTI, say that gets me the middle tier – but if I get a HABP/VABP indication later, I get the higher tier.  I do like that it creates incentives to keep studying the drug post approval – I know physicians want this.  It will be interesting to see if that could incentivize any adverse behaviors – for example delays to market:  HABP/VABP labels typically come several years after initial approval – so is it better to delay approval 5 years for 5 more years of top tier payments or get my 5 years of cUTI payments and then take 5 of the top tier?

Again in the immediate term, it looks like there will be PBS-style contracts to bridge those companies that are nearing approval now – so I’d focus on making sure I’m in position for those as the idea is they’d cover the post-approval costs and purchase some drug to bolster initial revenues while we sort the rest of this out!