A Prize for New Antibiotics with Poison Pills. 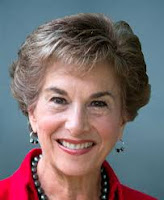 Recently, Rep. Jan Schakowsky (D-IL) and other democrats introduced legislation aimed at controlling drug prices, and, for us, providing for a prize for the introduction of a new antibiotic to market that provides activity against resistant infections or other key lifesaving characteristics. It is great that someone in congress wants to address the market failure for antibiotics with a government funded pull incentive. We’ve all been waiting for this news for a long time. But – it looks like we’ll have to keep on waiting.  This bill is so full of poison pills that my only hope is that it never passes as is.

In Title III of the bill, the prize is defined as $2B to come from the 2018 budget and to be available for 10 years.  That fund is to provide for up to three prizes. Really? It would be enough for one prize, but not three. Therefore, the appropriation would have to be renewed after every award. Right.  Of course, the goals are a little vague. They include reduction of readmission, an improved diagnostic or better programs in antibiotic stewardship.  Where was the goal for a new antibiotic again?

The prize is to be doled out by the Director of NIH. Although the NIH has a small number of antibiotic experts in its ranks, it has been pretty much the opposite of an antibiotic R&D powerhouse for decades. Why should the NIH control the award?  Why not BARDA that has great experience in this area? 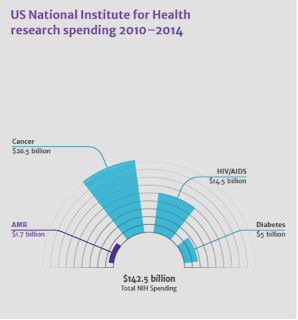 Then, the company has to set a “reasonable price” for the product (whatever that means) and must at the same time give up exclusivity.  How does that work? Obviously, if you no longer control the patent on the product and you are immediately beset by generics, there is no motivation to spend money on marketing or on anything else.  At that point, you’re in commodity mode where your greatest expense is manufacturing and distribution.  In addition, any marketing materials (why do you need those if you’ve given up exclusivity?) must be submitted to NIH, CDC and FDA before release.  That guarantees a delay of 10 years.

Then there is the usual request for study by the National Academies (again) on the utility of push and pull incentives to stimulate research and development and on de-linking costs from pricing.  There is no doubt that push and pull incentives could have an effect on pricing as has been clearly demonstrated in the detailed analysis in the O’Neill reports from the UK. I still question whether these mechanisms “should” have too great an effect on pricing since high prices help to control use and overuse is not a good thing.

I want to spend some time, again, on this idea of de-linking.  I think I may be alone among my colleagues in wanting to remove this jargon from our vocabulary. First, you don’t really remove cost considerations from pricing since you are paying for some of the research in your push incentives – so one way or another, we pay. Second, the term fails to take into account the important aspect of physician education that must occur with the introduction of any new antibiotic to the market. Physicians have to understand the advantages and disadvantages of any such product, its appropriate use, when it should not be used, and how to make these critical decisions.  So far, this has been driven substantially by the company marketing the product, and involved collaboration with physician thought leaders, pharmacists and others in the health care system.  If the company did not fund these activities, who would? Has anyone thought about where this activity would come from?

It is very disturbing, frustrating and demoralizing (but not surprising) to see such an important idea, pull incentives to stimulate antibiotic research and development, receive such a bludgeoning at the hands of the political party that should know better.
Posted by David Shlaes at 8:54 AM