The Threat to FDA

As many of you know, I have had my “disagreements” with the FDA over the years.  But I have never questioned the fact that without the FDA, we would all be in a world of trouble. Just look at what’s happening with supplements and you’ll begin to understand what I’m talking about.

The very beginnings of the FDA were in the patent office in 1848. So-called “patented medicines” were being sold throughout the US as cures for whatever. A number of high-profile poisonings from tainted products had occurred including several affecting soldiers in the army. The patent office was given the task of identifying potential poisons among products being sold to the armed forces. In 1862, this effort was transferred to the newly created department of agriculture.  There, responsibility for the safety of food was also added. Chemical additives to preserve food included a number of poisons as well. These inspections fell to the department of chemistry within the department of agriculture.  By the end of the 19th century, over half of all newspaper advertisements were for nostrums claiming to cure everything from cancer to rheumatism. One chemist, M.J. Bailey, reported,"More than one half of the most important chemical and medicinal preparations … come to us so much adulterated, or otherwise deteriorated, as to render them not only worthless as a medicine, but often dangerous."  Europe started embargoes against American drugs and food.

In 1905 Sinclair’s The Jungle was published.  The conditions described in slaughterhouses were so disgusting that Teddy Roosevelt decided to send inspectors to Chicago.  They found what Sinclair had described. The first food and drugs act was passed in 1906. 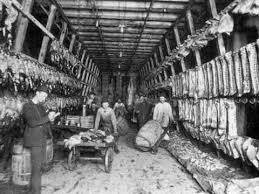 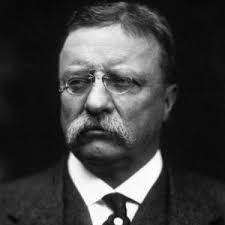 After passage of the law, the maker of Cuforhedake Brane-fude – claiming that this product provded certain and harmless relief and contained no poisons whatsoever – was charged under the new law for selling a product with acetanilide – a known poison that was responsible for at least 22 deaths. The product had brought in $2 million. The drugmaker was fined $700, changed the label and went on making the product for years.

The most famous case occurred in the 1930s when one of the new sulfa antibiotics was sold tainted with polyethylene glycol. Over 100 people died, many of them children.  But the company had broken no law. The label was not “misleading.” This, more than anything else, led to the passage of the Food Drug and Cosmetics Act of 1938. Proof of drug safety would be required before a drug could be marketed. But the 1938 law said that companies had to submit data showing safety and the FDA had 90 days to object before the drug would be marketed. 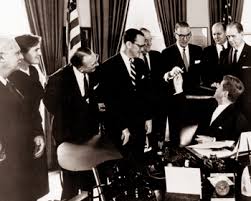 Then came thalidomide and thalidomide babies.  That led to passage of the Kefauver-Harris Amendment of 1962 – signed by JFK. This law required the demonstration of both safety and efficacy setting basic standards for what evidence could be considered. While the FDA has progressed since 1962, this law remains the basis of everything they do.

Today, some want to turn the clock back to 1938.  In particular, Jim O’Neill (no relation to the Jim O’Neill who led the UK’s Antimicrobial Resistance task force) wants to have drugs approved once they have shown to be “safe” and then have some sort of rolling approval where there would be an obligation to show efficacy. Not only would this be a terrible step back into a sad and destructive history, but it is completely irrational.  The concept of safety can only be understood in the context of benefit.  If the benefit outweighs the risk, a product can be considered safe even if there are some potential liabilities.  This has been our entire approach to the treatment of cancer and other serious diseases for decades. O’Neill is apparently under consideration for Commissioner of the FDA.  Are you kidding?  He is not a physician nor is he a scientist.  He is a Managing Director at Peter Thiel’s Mithril Capital Management.

Although to achieve what O’Neill would like, laws would have to be changed and probably the majority of people at the FDA would simply walk out if this were to occur. So, it seems unlikely that he would succeed in this particular quest.  But someone like him could do a great deal of damage.  Why would we ever want to go through the early 1900s of drug regulation again? Please – let’s not go there.
Posted by David Shlaes at 9:22 AM