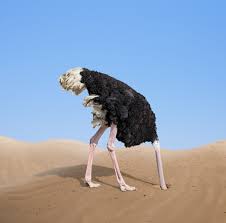 The crisis of antibiotic resistance and our failure to produce a robust pipeline of new antibiotics to combat the problem is not going away. And we’re not doing what we need to do.  We are all just holding our breaths, sticking our heads in the sand and pretending the problem will go away before we have to go to the hospital and face the crisis in a very personal way.

The CDC just published a report in JAMA looking at antibiotic use in US hospitals. The study only looks at the years 2006-2012. They found that about 55% of all hospitalized patients received at least one dose of an antibiotic during their stay.  If my memory serves, when I was in practice in the 1980s and 90s, 75-80% of patients were treated with antibiotics – so at least things have improved since then.  But the 55% number has been stable during the years of this current study.  But what changed over time was the use of certain antibiotics.   Carbapenems, B-lactam-B-lactamase inhibitor combinations, and tetracyclines (I presume tigecycline) saw increased use by 30-40% during the years of study.  Certain other classes, like the fluoroquinolones for example, saw a decrease in use over the years of study. This suggests that physicians are increasingly worried about resistance and are treating their patients as if resistance was already a problem in their hospitals – and they may well be correct.

On the bright side, we had a historic first this year with a statement from the UN General Assembly on the threat of antibiotic resistance to global health and the global economy.  But on the downside, the statement contained no serious targets and no funding.

The US just saw its first debate between the major party candidates.  We heard about Miss Universe, taxes, ripoffs and many other important topics but not a single word on antibiotic resistance.  This total disregard has been the story of the US presidential campaign so far.

The US congress just passed a funding bill that included $1 billion for efforts to fight the Zika virus – probably too little too late.  But on the problem of antibiotic resistance, perhaps the greatest emerging health crisis we have ever faced, we got bupkus.

In Europe we look to the United Kingdom for leadership in dealing with the antibiotic resistance crisis. Dame Sally Davies, David Cameron, George Osborne, Jim O'Neill, the Wellcome Trust have all been key leaders in the fight to actually get something done before we end up in an era where simple surgery and modern cancer chemotherapy could be life-threatening because of complicating antibiotic resistant infections. What happened there?  Brexit – that’s what happened. Cameron and Osborne are gone. Dame Sally and the Wellcome are still there – but where?

The most frustrating part of this is that fixing the problem is not rocket science.  Its not like sending humans to Mars. OK – the science of discovering new antibiotics is not easy.  But, as I have stated in many previous blogs (1, 2, 3) and as the O’Neill Commission has repeatedly pointed out, we can do this.  We have already come a long way in fixing our broken regulatory system (mainly a US problem). We need to invest (yes, as in money!!!) in antibiotics to shore up our failing free market system.  We need to invest in training our antibiotic hunters of the future. We need to get smarter in our scientific approaches.

What is missing?  What is holding us back? There is clearly an absence of public awareness of the seriousness of the emerging problem. We may not see a surge in public concern until the crisis is already upon us in full force. Those in positions of public responsibility must act responsibly and with foresight.  If they don’t, our children, our grandchildren and we ourselves will pay a price too terrible to contemplate.