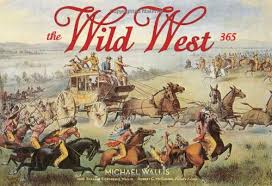 Will it get wilder?

I don’t usually read Nicholas Kristoff’s columns in the New York Times – but yesterday he caught my eye. In a poignant story, he recounts the death of a 15-year-old child with emotional problems.  His death was apparently caused by an adverse drug effect from an antidepressant. Kristoff talks about the 7-fold rise in use of antipsychotic drugs among children in the last decade and questions how much of this is based on science and how much on marketing.

At the heart of Kristoff’s story, though, is the debate about allowing pharmaceutical companies to market their drugs for off-label uses. There have been a number of articles on this since a federal judge in Manhattan ruled that the FDA could not block Amarin from promoting its drug for non-approved uses based on our right to free speech.

Why this is a debate escapes me.  The most basic tenant underlying the existence of the FDA is the ability to restrict companies from marketing anything for anything as was occurring in the 19th century.  (Of course, this still occurs for supplements – and how far has that gotten us)? Untold numbers of companies have been fined and occasionally people have gone to jail over violation of this basic power of the FDA to make companies adhere to what they have proven scientifically and what has been shown to have (we hope) an acceptable risk for a reasonable benefit.

The judge’s ruling in the Amarin case seems to have been that as long as the statements used by the company are “truthful” they should be allowed under free speech.  But what does that mean?  What is truthful? If an antibiotic representative told a physician that his/her product, approved for the treatment of epilepsy, had also been shown to be good for patients with arthritis based on a single case report – that would be truthful. Should that be allowed? What if it had been studied in several hundred patients with arthritis in an uncontrolled manner, but had never been approved by the FDA – the statement would still be truthful – but should that be allowed? Finally – what if the drug had been studied in a controlled way, and the study had been submitted to and rejected by the FDA as insufficient?  Should the representative be allowed to quote the results of the study claiming benefit?

I can tell you that negotiation over the label both here in the US and around the world, is among the most contentious that exists between governments and companies.  It even surpasses pricing discussion in importance for the industry. Why? Because you are not allowed to market what is not included in the label. And to the industry, marketing and promotion is where it’s at.  You need to have something in your label that your competitor does not have.  You have to have that lever – less frequent dosing, better activity shown in the clinic, better spectrum of activity – something that demonstrates that patients and physicians need your product in a way that cannot be satisfied with something else or something less expensive.

At the same time, companies are already allowed to provide physicians with scientific literature on request. In fact, there is an entire FDA guidance on this topic. The FDA recognizes that physicians are allowed, based on their own clinical judgment, to use drugs for purposes not contemplated in the drug label.  The agency therefore provides to the industry criteria under which dissemination of such information is permitted – but in a restricted way.  Articles provided must be from the peer-reviewed literature.  Contradicting articles, if they exist must also be provided.  A list of references on the topic must be provided.  This is all so that the health care provider can judge among all the data, which might be the best choice for his/her patients. What is wrong with this approach?


If the power to restrict how drugs are marketed is taken away from the FDA – our Wild West of drug pricing and the free-for-all market we allow now will become even wilder.  We will be able to sell anything for anything.  Please – lets not go there.  We already have enough of that from the supplements!