There have been a number of articles in the press recently about drug patents and pricing.  Much of the recent furor stems from the move by Turing Pharmaceuticals’ CEO Martin Shkreli to increase the price of pyremthamine, an ancient, generic antibiotic used to treat certain rare infections, 5000% from $13.50 to $750 per pill.  Hilary Clinton and others have vowed to take action. The public in the US firmly believes that the pharmaceutical industry is evil incarnate and that it takes advantage of its monopoly positions (see next paragraph) to gouge the public on drug pricing. 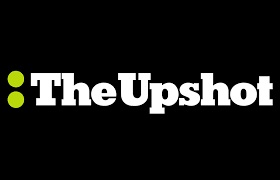 Another recent article from the Upshot in the NY Times states that the patent system discourages companies from pursuing potentially promising new therapies because of their inability to patent the inventions for one reason or another.  The patents are linked to pricing in some cases (but definitely not for pyrimethamine) since it is the patent that provides market exclusivity, and hence profit potential for the innovator.

Neither of these beliefs is correct and they display an incredible lack of understanding of the pharmaceutical industry by both politicians and the public.  While the ability of a single manufacturer of an essential generic drug to blackmail public health by threatening to halt manufacturing is a clear example of gouging, it is the government itself that is to blame for allowing this potential to exist at all. Generic drugs that are deemed as essential for public health, like penicillin and, in this case, pyrimethamine, should never be allowed to rest in the hands of just one single manufacturer.  The government should provide for subsidies to establish competing manufacturing facilities to prevent this sort of blackmail.

The other major cause of high prices is, in fact, medical need. It is clear that the cost of the new Gilead antiviral drugs to treat Hepatitis C is justified based on the cost savings to society for curing this terrible infection that causes liver failure, liver transplantation and death when untreated. Even in this case, though, we can probably bring the price down somewhat.

As it stands now, about 50% or so of pharmaceutical industry profits come from a single country – the US of A. Why?  Because we are one of the only countries in the world that does not have a national drug price negotiation strategy – that’s why.  Is that good for the pharmaceutical business?  Are you kidding?  Do we pay a higher price for drugs than everyone else in the world? Do we in fact subsidize pharmaceutical innovation for the rest of the world?  Of course! What would happen to drug prices in the US if Medicare, Medicaid and the Veterans Administration plus all other federally funded healthcare facilities could negotiate a single price for every drug they buy?  What do you think?  Of course, the industry cries, "foul!" "That would be socialist."  If you don’t like that form of socialism, than you should just shut up about drug prices. Its what every other country does and they pay lower prices than we do.  Will this decrease investment in innovation?  Possibly - but I'm not convinced and I'm willing to do the experiment.

The patent system has nothing to do with preventing new, effective drugs from coming to market – at least as far as I know from my own experience. That this might be so is an assumption that previously patented drugs might serve some new but not patentable purpose.  But that is a big assumption that, again to my knowledge, is not based on scientific fact.  In fact, many of today's antiviral drugs were patented back inn the 1960s, but they have been patented for new uses within the past decade.

The patent system has everything to do with providing a reward for innovation and the investment required to bring the innovation to market.  In the Upshot article, development costs ranging from $140 million to over $2 billion are quoted.  The lower figures come from costs of actual clinical development of a single molecule.  But consider this.  A minimum of ninety-five per-cent of everything begun in a pharmaceutical or academic laboratory will never even make it to clinical trials.  Of the 5% that make it into tests in people, 80% will fail.  So for every drug that actually makes it to market, there is a ton of molecules that failed.  And someone somehow has to pay those sunk costs. That’s where the $2 billion and rising figure comes from.

People who have no idea what they are talking about should either get informed or, at the very least, shut up.
Posted by David Shlaes at 4:03 AM