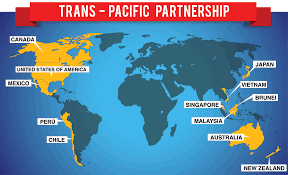 A recent article in the New York Times aroused my ire (it happens more and more often these days). The article is about the stance of the pharmaceutical industry on world drug pricing in the context of the ongoing negotiations for a Pacific Trade Partnership deal. An Australian lecturer in public health was quoted as saying that the annex in question should not even be on the table. The annex, it is said, will raise global drug prices by allowing pharmaceutical companies more control over the prices they can charge in participating countries.  The companies want to make countries like Australia more like the US in terms of the pharmaceutical market. No wonder.  The US accounts for about half of all pharmaceutical profits worldwide.  Drug prices are an average of 30% higher in the US compared to the rest of the world. While I don’t agree with the industry that making the world more like the US is necessarily a good idea, I also do not think that using Australia as a model for drug pricing is good for the public health either.

When I was at Wyeth, I remember debates within our commercial organization as to whether it was even worthwhile to market certain products in Australia at the prices the government would allow. The population of Australia is 23 million – smaller than Canada’s 36 million and less than one-twentieth the size of Europe. Some drugs might only be used by a very small number of patients in Australia in any given year. The return on any marketing investment might be quite minimal. Why bother?  Higher prices might make the difference in some cases.  And, admittedly, for some products, a concern for the public health frequently motivates the pharmaceutical industry despite a general view to the contrary. Australia has a particular way of valuing drugs where less frequent dosing, better activity, and greater safety only provide marginal price increases compared to cheap generics. Only “truly innovative" drugs (as they define them) get higher prices.  As such, Australians have some of the lowest drug prices in the world, but lack some therapies that could provide better public health.  For a nice overview on world health pricing, see the WHO report here.

The US is the only country (essentially) that does not have (nor does it allow) national negotiations for drug prices.  Medicare is not allowed to negotiate and neither is the Veterans Administration. This probably explains our higher prices.  It’s the Wild West out there.  Only the large, private, managed care organizations and payers can carry out such negotiations.  What this means, though, is that US dollars drive innovation within the pharmaceutical industry.  Why should the US taxpayer bear this burden compared to the rest of the world? OK – some countries are poor and should not be expected to pay the same prices as in the US.  I agree.  See what Gilead did about that recently. But compared to Europe, which, in spite of austerity and the economic crisis, is not poor, we still pay about 30% more for drugs.

On the one hand, fewer profits to the industry will translate to less innovation in drug discovery and development.  This is clear – its just a matter of how much of their profits companies invest in research. On the other hand, it seems unfair that the US should bear the brunt of this burden.  Trade negotiations should bring this into balance.  This might involve a greater ability for national drug price negotiation in the US, and less stringent controls in the rest of the world.

Since, on the US side, any change here would require legislation.  And legislation that involves the US government actually spending money probably has as much chance of passing as snow in Miami in August. But one thing is clear to me – the US should not become Australia!
Posted by David Shlaes at 4:32 AM