This week Hilary Clinton and Marco Rubio announced their candidacies for President of the United States.  This puts them alongside Jeb Bush, Scott Walker and I’m not sure who else.  One thing all these candidates have in common is that not one of them has mentioned antibiotics – at least as far as I know.  Do any of you know anything different? 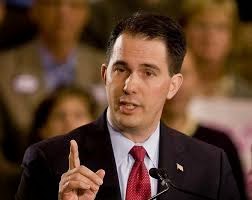 So here we are.  Antibiotic resistance is killing a minimum of 23,000 Americans every year according to the CDC.  (I think that is a gross underestimate of reality.) The FDA just published a study showing large increase in antibiotic use on US farms – but they don’t know how or why the antibiotics are used. They have issued guidelines that ask industry to voluntarily withdraw growth promotion from labels for animal antibiotics – but they refuse to simply ban such use for reasons that are unclear (besides politics that is). Europe not only has instituted such a ban but does a remarkable job of following antibiotic use in animals.  Have any of the candidates mentioned anything about the FDA and antibiotic use in animals?

President Obama has released a plan to combat antibiotic resistance that was enshrined in his congressional budget request where he asks for a doubling, but still completely inadequate, level of funding for his efforts.  I have not seen any comments from any of the candidates on this plan.

No one is talking about one of the key tasks that lie before us globally and as a nation.  We have to make sure that antibiotic research provides some sort of return on investment for those who engage in these activities and are successful. Many of the ways we can accomplish this have been discussed ad nauseum both here in this blog and elsewhere.  Among them –

1.     Support for R&D including the most expensive piece- late stage clinical trials.  This has been mainly borne by BARDA in the US and IMI in Europe. Such support reduces the investment required to bring needed antibiotics to the marketplace.
2.     Pull incentives
a.     Guaranteed purchase upon approval.
b.     Wild card patent exclusivity or patent voucher - where a company that achieves approval for a needed antibiotic is rewarded with six months to two years of added exclusivity for a product of its choice.  A good example would be Lipitor from Pfizer where it was selling $15B per year at its peak.
c.      Prizes.

From the lack of comment by candidates, I reach the following conclusions.