This year was a big year for antibiotics. The FDA approved four new antibiotics this year including dalbavancin and oritavancin, two long-acting glycopeptide antibiotics that can provide for one or two dose therapy for serious skin infections. They approved tedizolid, a new and improved oxazolidinone active against some linezolid-resistant strains of staphylococci and available in both oral and intravenous formulations. Cubist's Ceftolozane-tazobactam was the only antibiotic targeting resistant Gram negative infections to be approved this year. As covered in this blog several weeks ago, the FDA advisory committee recommended that Actavis' ceftazidime-avibactam be approved for urinary tract and intra-abdominal infections when there are few or no alternative therapies available.  This latter was based primarily on phase 2 clinical data – a historical precedent for the FDA in its antibiotic approval history. Four new antibiotics in a single year breaks a record for the FDA going back to the 1980s or perhaps the early 1990s and it certainly provides a respite in the drought of approvals over the last 20 years.

In addition, looking ahead to 2015, we can expect at least one important approval.  Eravacycline from Tetraphase has already completed a trial in intra-abdominal infection and will soon complete its trial in urinary tract infection.  They should file in the first half of 2015 and, with any luck will receive approval later in the year. This is an important product because it is active against resistant Gram-negative pathogens AND IT WILL BE ORALLY BIOAVAILABLE.  This offers the potential to prevent hospital admission for large numbers of patients who today are admitted to hospital to receive intravenous therapy simply because none of the oral drugs will work because of bacterial resistance.

Unfortunately, 2015 is not going to be a banner year for antibiotics.  2014 represents what happens when the pipeline has lain dormant for five or six years and suddenly wakes up to the light of day (thanks mainly to FDA dithering).  In 2015 we will be back to the reality of a pipeline that still desperately needs new entrants. 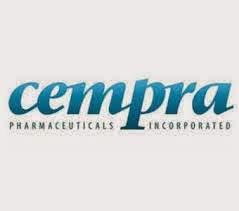 Cempra’s solithromycin, a new ketolide antibiotic for the treatment of pneumonia and highly resistant gonorrhea has completed its phase 3 trials for the oral formulation of the drug in community acquired pneumonia.  Cempra has not provided a timeline for its NDA submission as yet – but it seems unlikely that it will be in 2015.

For resistant Gram-negative pathogens, looking farther into the future, we have Merck’s Relebactam (imipenem-cilastatin-MK7655) languishing in phase 2.  MK7655 is a beta-lactamase inhibitor closely resembling avibactam. There is Rempex-Medicine Company and Carbavance in an interesting phase 3 trial targeting highly resistant pathogens. Carbavance is a combination of a novel beta-lactamase inhibitor with meropenem. Finally, there is the aminoglycoside, plazomicin, from Achaogen that is active against many resistant Gram-negatives as well.

One drug to keep an eye on is the combination of aztreonam-avibactam by Astra-Zeneca, which would be one of the very few antibiotics active against NDM-1 like superbugs.  While it is still only in phase I, I think that it could be ready for submission in the next couple of years.  This would be a real breakthrough product for those most highly resistant organisms that only eravacycline can now approach. 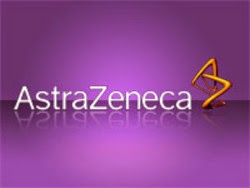 Last year I predicted that at least one additional large pharmaceutical company would re-enter the antibiotic R&D space.  That has not happened.  Not only that – but I took a more optimistic stand on Astra-Zeneca suggesting that maybe the CEO would see the error of his ways.  That has also apparently not occurred and AZ seems to be about to divest itself in one way or another of its antibiotic R&D. On the other hand, Merck clearly expanded their effort with their purchase of Cubist. I still believe that other large pharma companies will take the plunge – hopefully in 2015.  The medical need is clearly there. The economic climate for new antibiotics is going to improve. And the regulatory pathways have already vastly improved especially in the US (because they had much farther to go) but also in Europe.

Speaking about regulatory pathways – we have yet to see companies truly take advantage of the rapid paths now available in Europe. I’m not sure I see that happening until after 2015.  I do believe, though, that at least one company will establish a pathway forward for a pathogen specific indication either in Europe or in the US in 2015.  (I have been predicting this for two years now – but I still think its coming).

To keep you up to date on the activity of the blog – we broke the 200,000-view mark this year.  In order, the most popular blogs have been; (1) John  Quinn – In Memoriam (5415 views) (Don’t forget the John Quinn Memorial Fund); (2) Antibiotic Markets and SPLU (the old LAPD) (5244 views); (3) Rebooting Hospital Acquired Pneumonia from 2012 (3809 views). Other popular blogs included Astra-Zeneca is Cutting and Running, and, for some reason, Antibiotics in 2012 – an old end of year summary.
With that, I can only wish all of you the best in 2015.  For myself, for the first time in a long time, I am seeing bright lights at the end of an ever-shrinking tunnel.
Posted by David Shlaes at 11:45 AM