Conflict of Interest vs. Competent Advice

Recently a study was published in the Milbank Quarterly analyzing the voting patterns of FDA Advisory Committee members with apparent conflicts of interest. Since I would have to pay to actually get access to the full article, in my retired state I relied on the abstract and on a very useful New York Times article by Aaron Carroll for my blog today.  The author, Genevieve Pham-Kanter, analyzed the voting patterns of almost 400 FDA advisory committee members between 1997 and 2011. This involved almost 16,000 votes in almost 400 different advisory committee meetings. Some 13% of committee members reported a financial relationship with the sponsor who was the subject of the committee meeting. These members could be divided into two classes; one class had multiple financial relationships with multiple companies while the second had an exclusive relationship with the company in question. 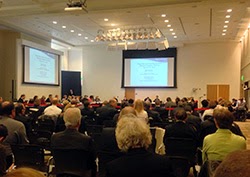 One of my many complaints about the FDA is their inability to get competent advice in the context of their labyrinthine rules on conflict of interest.  So I was astounded that Pham-Kanter could identify so many conflicted committee members who were voting. It is also obvious, and should have been intuitively obvious, that advisors who have essentially an exclusive relationship with the sponsor would be more biased than those who consult for multiple companies including the sponsor of a particular drug.

The take-home lesson to me is that experts are actually experts.  Those that are in demand by multiple companies for help in analyzing or developing their products are more likely to be the kind of experts the FDA is seeking and less likely to let their financial and other relationships with sponsors get in the way of their expertise.  This is a little bit the opposite of what the author of the New York Times article concludes.  Aaron Carroll suggests that any taint of conflict is by definition bias.  But that is not at all what is demonstrated by the study he is quoting.

As I look over the many advisory committees on anti-infectives that I attended over many years, I am struck by the lack of true clinical trial expertise of the advisors chosen by the FDA.  This is because those folks are mostly working in industry or have worked in industry and therefore, according to the FDA, are forever conflicted. The current roster (August this year) once again shows a list of academic experts and one person from the Gates Foundation.  The only industry person, as is always (appropriately) the case, does not vote.  But what would be wrong with getting some ex-industry people?  Are we worried because they might still have stock options or are receiving retirement pay?  How about some ex- or even current consultants to industry who work with multiple clients?  The FDA still desperately needs competent outside advice.  In my view, for antibiotics especially, they don’t get it.
Posted by David Shlaes at 8:54 AM