Can David Cameron Save AZ's Antibiotics? 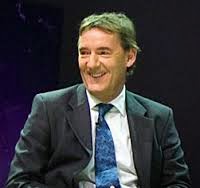 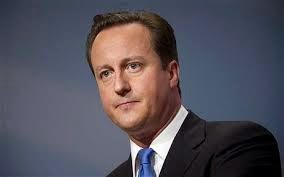 It looks like David Cameron is following President Obama’s lead in establishing a task force to address the problem of antibiotic resistance. Of course, as I noted when Obama set up his task force – task forces are mostly a waste of time in my experience. But Cameron’s approach is different.  He proposes to focus on the economics of antibiotic development.  The idea is to identify ways of providing appropriate return on investment for companies who invest in antibiotic research and development. The task force is being headed by an economist, Jim O’Neill. Mr. O’Neill was the chairman of Goldman’s asset management group and is now an honorary professor at the University of Manchester.  He clearly knows economics (he coined the term BRIC).  Even if he doesn’t know much about bacteria or antibiotics, he is probably the right person to lead the task force envisioned by Cameron. Clearly, Cameron and O’Neill recognize that a constant pipeline of new antibiotics will be required to keep us one step ahead of the superbugs.  And they recognize that the only way we will achieve this is to bring more companies into the antibiotics R&D game. I am therefore more optimistic about Cameron’s task force than Obama’s. 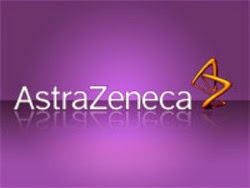 And this brings me back to AstraZeneca. As we all know, AstraZeneca is trying to “partner” or sell off their antibiotics unit since they view it as being unable to provide a suitable return on investment.  They have probably the best antibiotic pipeline in the industry and some of their projects have clearly slowed as a result of AZ’s hesitancy to invest further in antibiotic R&D.  This remains one of the great tragedies of our time.

AZ also recently escaped a takeover by Pfizer – a company who abandoned antibiotics R&D recently – partly with the help of the British government.  AstraZeneca is headquartered in Britain. Hmmmmm.  1 + 1 is . . . Could this be a signal to Pascal Sirot, the CEO of AstraZeneca that abandoning his antibiotics effort at this point might not be the best idea in the world?

Aside from the potential importance of the British effort for AZ specifically, I do have a major concern about all of these efforts. The analysis and suggested solutions must be GLOBAL.  The UK alone and possibly even Europe alone will not be enough.  The economic or business models proposed must be realistic and implementable in all areas of the world including the US and Asia.  Currently, the entire antibiotic market is being buoyed by Asia (outside of Japan). This is partly because of a lack of new products being introduced into the major markets (US and EU) and partly because of improving economic conditions in Asia that provides for a growing population that can afford to pay for internationally branded products.  Which of these two factors is more important – I can’t tell.

So – that leaves me with two suggestions.  (1) Prime Minister Cameron and Mr. O’Neill – first job – please speak with M. Soriot at AstraZeneca. (2) Please make sure your effort is truly a global one.
Posted by David Shlaes at 2:03 AM