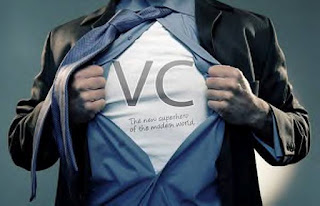 I spend a good deal of time talking with investors and even more time with pharmaceutical companies large and small and with the regulatory agencies.  I am beginning to notice a trend among the three groups of clients that I would like to share. 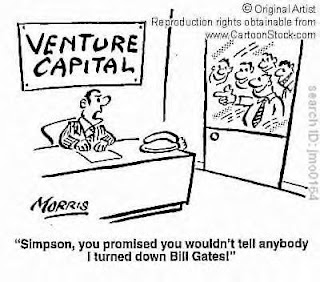 In the antibiotics world, there seem to be two general classes of investor.  There are those who want to invest in “early” stage companies – usually preclinical through phase I – and those interested in “late” stage opportunities – those that are phase III ready or even later.  Everything in between is up for grabs between the two groups and depends on the size of the fund, experience of investors and, in fact, the financial situation of the opportunity.
But I am always confused by all this.  Take Novexel for example.  Novexel was acquired by Astra-Zeneca for up to $500MM prior to completion of its phase II trials – so the acquisition was based mainly on preclinical  and phase I data.  There is still the possibility for such acquisitions to occur given the reliability of these early data.  In fact, Novexel raised a late round of funding during the phase II trials to position itself to be ready to go to phase III but also to strengthen its negotiating position during potential M&A discussions. Two new investors came in at this point and did very well since the AZ buyout occurred within about a year to their investment.  Is Novexel an example of something between early and late?
The world is now about to completely change.  It is clear, at least conceptually, that there will be a regulatory pathway for the development of antibiotics for “unmet” medical needs. For me, this means the treatment of patients with serious infections caused by pathogens resistant to reliable efficacious therapy – so called extensively-resistant or pan-resistant strains of Gram-negative bacilli. The development pathways being discussed would allow for rapid testing of a small number of such patients leading to some sort of approval with a restricted label.  At the same time, companies would have to demand a high price for such products since the target population will be small and therefore the margin for each course of therapy would have to be high.  Have we seen this approach before?  Of course – think oncology. But in the case of antibiotics – we can actually save lives whereas for oncology products we mainly prolong life by some rather small amount of time.
Every company and both the EMA and FDA are actively engaged in planning for the development of new antibiotics along these lines. Thus, this year, we will see successful negotiations on such trial designs in Europe certainly – but I am optimistic that we will see this at the FDA as well.
When I speak to investors, they seem completely unaware of this paradigm shift in the antibiotic world.  They are still thinking about traditional “early” and “late” stage development.  And, for some opportunities, it is clear that has not changed.  But for others, the world is topsy-turvy.  Early is late!  So – investors – the antibiotic waters are warming quickly.  Time to get wet!  And not only investors – all you pharma companies that got out of antibiotics to jump into oncology – take another look!  Antibiotics are oncology only better!  BMS, Roche-Genentech, Lilly, Abbott, J&J, Novartis, Merck, - I’m talking to you!  Pfizer – I think its not a good time to speak to you . . .
Upcoming Guest Blogs – David Livermore on Breakpoints at EUCAST and David Payne on Explaining the Innovative Medicines Initiative.  Stay tuned.
Posted by David Shlaes at 6:09 AM