Here it is Sunday, and I have been obsessing on the following conundrum.  (I need therapy)! 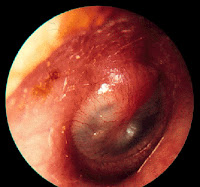 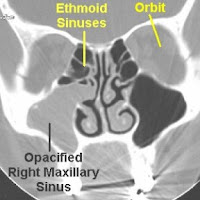 I have been railing against the current regulatory policies in the US and Europe requiring placebo-controlled trials for approval of antibiotics to treat otitis media, acute bacterial sinusitis and acute bacterial exacerbations of chronic obstructive lung disease.  A quick search of the clintrials.gov website reveals that there are currently no new antibiotics being studied in either phase II or phase III trials for any of these indications.  Otitis media is a key entry indication for pediatrics – but it remains off the table. Of course, this is no surprise since the placebo-controlled design required by the regulatory authorities is probably infeasible.  An example of a current dilemma for clinicians is – the severely penicillin and cephalosporin allergic pediatric patient where macrolide resistant pneumococcus is a likely pathogen. The only choice left is a fluroquinolone, that many pediatricians use in spite of the safety warnings against use in pediatric patients. A new ketolide or other alternative would be a welcome product for these patients – but it is not to be.
But here is the sudden thought that got me thinking.  Does the pharmaceutical industry care?  I admit that I don’t have the precise numbers at my fingertips, but I daresay that these three indications still account for some huge percentage of all antibiotic prescriptions worldwide.  These indications at one time accounted for a large bulk of the total dollar volume of the antibiotics business. Most of the antibiotics used for these indications are generic and cheap, and physicians and patients still believe, regulatory authorities aside, that antibiotics are beneficial in shortening the duration of illness even for these “mild and self-resolving” infections.
Twenty years later – the world has changed.  When these indications drove the antibiotics business, each prescription had to be sold to each physician and each patient.  It was a marketing war out there. But now, payers are as much the target audience as physicians and their patients.  If one can justify a new antibiotic to the payer, half the battle is already won. Nevertheless, to get to that point with an antibiotic for otitis, sinusitis or bronchitis, what will it take?  Will it take placebo-controlled trials to prove value?  Will it actually take a superiority study to show an advantage over an existing regimen? If so, we are lost since those trials will probably never take place. And even if a more feasible non-inferiority design would work for payers and physicians, does the industry have the stomach for the marketing spend that will still be required to sell in the community market?  I’m not so sure.
So I wonder if we are not finding ourselves at a curious coalescence of views between the regulators and the markets.  The regulators insist on infeasible designs and at the same time, these same designs might be what the payers will require.  Yet the market spend required, even if the trials were feasible, might also work to dissuade companies from thinking about these indications at least for now.
This means that for physicians and patients, we had better be able to live with the antibiotics we have now because nothing new is going to be approved for these indications for a very long time!  This seems unfortunate because a number of drugs are in late stage development that could address future medical needs (presumably driven by resistance) in these infections.  The list includes, CEM-101, a ketolide from Cempra, BC-3781, a pleuromutilin from Nabriva, PTK-0796 and TP-434, tetracyclines from Paratek and Tetraphase, and perhaps others. As it stands now, none of these are being developed for use in otitis, sinusitis or bronchitis.
Posted by David Shlaes at 9:53 AM