Its not just big pharma 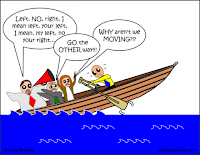 In several previous blogs I have written about dysfunctional aspects of large pharmaceutical companies.  Today I want to explore the foibles of small companies.  One of the great potential advantages of small companies is that your colleagues and your CEO are just down the hall.  One of the great potential disadvantages is that your colleagues and your CEO are just down the hall. Today, I would like to share a few anecdotes and some speculation with you in regard to dysfunction on the biotech side.
One company had a founding scientist as their CEO.  He is a brilliant antiviral biologist with an exceptional understanding of antiviral drug discovery and development.  He surrounded himself with an all-star team of executives covering all aspects of discovery and development including process chemistry research and manufacturing. His intelligence and personality allowed him to attract the best and the brightest. But – he had a hard time listening to his all-star team.  Executive meetings became a game of waiting to hear what the CEO would decide rather than any sort of shared responsibility for decision-making.  We all understood that consensus was something that was not going to be achieved.  Decision making was to be top-down.  You can imagine that, given the fallibilities of even the most brilliant, in the long run, this was not good management and led to several avoidable and disastrous consequences.
Another company was also packed with high performing all stars - but they constantly fought and argued.  They did this by email.  Even though their offices were literally a few feet apart, poison emails would fly.  At one point I was copied on all these.  I went down the hall and quietly suggested that the protagonists (antagonists?) try speaking with each other.  When that didn't work, I made weekly meetings between them part of their performance goals! This reduced the poison emails, but did not make a big impact on the underlying work relationship issues.
Paratek  started with a perfectly reasonable drug, PTK-0796, and was able to bring it all the way through phase II development.  But in doing so, they went through four different large pharma partners.  Bayer dropped out driven by a change in their corporate strategy away from antibiotics. Merck departed when the FDA made community infections such as otitis, sinusitis and bronchitis untattainable in the US. Novartis, on the cusp of phase III, after having paid $100 million upfront for a post phase II drug, abandoned ship when they could not negotiate a feasible phase III trial in community-acquired pneumonia with the FDA.  GSK was another dropout in there – but I am not familiar with their reasons for dropping the parnership.  I want to spend some time on the most recent cusp of phase III events.  Here, there may have been an opportunity for the Paratek to reach some negotiated settlement such that they would assume more responsibility for the phase III trials – especially in pneumonia.  Or, where the biotech simply sweetened the deal since the deal was based in large part on being able to register in two indications, skin and pneumonia. Finally, in retrospect, it is now highly likely that a feasible trial in pneumonia could now be negotiated with the FDA.   So – how did Paratek handle the situation with Novartis?  What led to the final dénouement in their deal and where will Paratek go from here? Given the history, I suspect this was a deal broken based on dysfunction on both sides – but I am hoping someone will correct me. The patent clock on PTK is running out.  As far as I can see, there is nothing inherently wrong with the drug and it should be a reasonable addition to our antimicrobial armamentarium for skin infections and community acquired pneumonia.  But at this point, I am beginning to doubt that it will ever see the light of day.
A generally dysfunctional aspect of biotech is their naïve lack of appreciation of real world market conditions. I can’t tell you how many times I hear from biotechs that their anti-infective program is going to address a “multi-billion dollar” market.  True perhaps.  But how many antibiotics ever made over $2 billion in peak year sales?  Augmentin?  Biotechs tend to spend little on market research and they just make the assumption that their drug will be a blockbuster because it is somehow similar to a marketed blockbuster antibiotic.  When they do actually carry out reasonable market research studies, they tend to try and stack the deck such that the data ends up with a bottom line of $1 billion peak year sales. While I think that there are some really attractive antibiotics in development in biotech, there are precious few that will reach this goal.  Yet, these biotechs are completely unabashed in presenting their almost ludicrous market estimates to sophisticated large (or even modest-sized) pharma commercial organizations. I even warned one of them recently that if they did this they would be laughed off the stage – and they were! 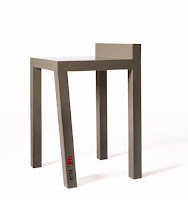 Another area overlooked by biotech is manufacturing.  Early on, this is not necessarily a high priority.  But as soon as you start getting ready for preclinical and clinical development – this becomes absolutely key.  Many biotechs spend unnecessary time and money playing catch-up here.
So large pharma certainly does not have an exclusive license to dysfunctionality.  I could go on with more stories and anecdotes – some really shocking – but I better not.
Have a Great Holiday all those of you out in Blogland!
Posted by David Shlaes at 10:32 AM